Democrats More Polarized Than Ever? 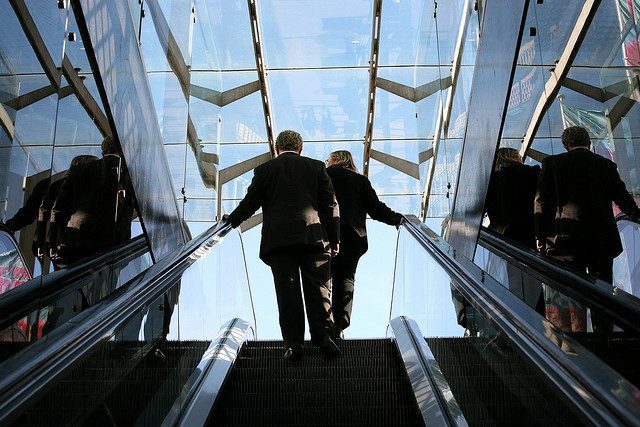 In 2008, the Democratic party seemed like a dream. After the post-twentieth-century terror that was the Bush Administration, weary Americans were ready for a return to the glory days of the 90s, when Bill Clinton was in charge. To millions, Barack Obama and the return of an administration dominated by Democrats was a dream come true. If only they all could have sat down in their seats, before the wars and economic disaster caused by the Bush Administration fell in their laps. As the trust the public once had for politicians rapidly plummets by the day, the Democratic party appears to steadily fall apart; more polarized than ever.

In the past, Democrats were known for their relative harmony and willingness to always work together, in contrast to the ever-bickering and power-obsessed Republicans. As the 2016 election nears, however, the tides appear to have turned. Clashes in Democrat-oriented spaces were once unheard of, but now they happen with ever-increasing frequency. Hillary Clinton, for example, has gained some recent notoriety for having bones to pick with several people within her own party. In addition, there have been several heated debates recently between Senate contenders for the Democrat seats in consistently blue states, such as Maryland.

Another disturbing trend that is appearing is how many Democrats are starting to take an “eenie, meanie, miney moe” approach to policy issues. Notably, this appears to be true in issues regarding abortion and poverty circles, with debate over which issue to focus on. After the Democrats voted on passing a health care bill, it was noted that such a great fiscal expense would take away much-needed capital from the national budget. What was originally going to be a discussion about abortion, and then helping the less fortunate, became a discussion where it was questioned whether or not it was viable to pay attention to both. It becomes ever clear how polarized the Democrats are, when they do not even appear capable of financially and/or verbally focusing on more than one thing at a time.

Many feel that current Democrats are a large part of the blame for the gradual disintegration of the party. After all, one thing that has had many scratching their heads for years was the obsessive desire and interest in looking smarter and generally better than conservatives and Republicans. While it may be fun to laugh at the shenanigans of Sarah Palin, or to point out the logical fallacies of Rick Santorum, there is a lot more to politics than making the other team look bad. The numerous empty promises that are always being made are not doing much to help the Democratic cause, either.

Just as the Democrats themselves are polarized, so are the members of the American public who supported them; now more than ever. Some have just jumped ship and became Republicans. Others have opted for third parties. Then there is another group of “others” who have regressed into apathy. Still, there are some who are still loyal to the Democratic party. Hopefully, their elected officials get their act together in enough time to not let down those individuals, and gain back the support of those they have lost, in time for the upcoming election season.

Democrats More Polarized Than Ever? added by P Curry on March 25, 2015
View all posts by P Curry →