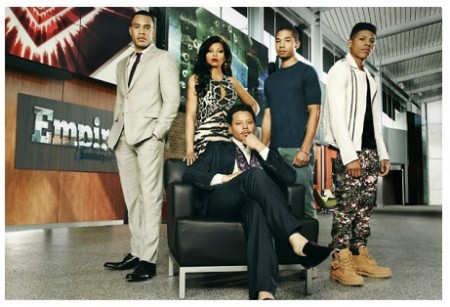 Empire fans are going through withdrawal after their first Wednesday without the hit series. The two-hour finale ended on a high note and left fans on edge and to their own imagination as to what will happen next. The show is currently being challenged by Empire Distribution for alleged trademark infringement for its name. Will the series return, and if so, under what name?

The show which single-handedly saved the Fox Network this season received a few letters from Empire Distribution. According to the company’s website Empire Distribution distributes music by well-known artists. The company believes the Empire series could tarnish their reputation and has somehow confused their artists, customers and business partners who are wondering if the plot and music are related to their business.

On Monday Fox Broadcasting corporation, Twentieth Century Fox Film Corporation and Twentieth Century Fox Television filed a preventive lawsuit against Empire Distribution in efforts to retain the use of the series title Empire. Empire Distribution also accused the network of trademark dilution by tarnishment. The company’s lawsuit is based on the theory that the portrayal of a music label run by a homophobic drug dealer who is inclined to murder his friends and business partners threatens to harm or tarnish their brand.

According to Fox, Empire Distribution sent a follow-up letter stating the network had two options to settle the matter. They were told they could continue use of the name if Fox uses the company’s artists as regular guests on the show and pay $5 million, pay the company $8 million and not use their artists or discontinue use of the word Empire completely.

Fox called the accusations ridiculous and has no intention of refraining from the current name Empire for the series. This show hit the network mid-season and quickly exceeded the industry’s expectations. The series broke records with its premiere episode and continued to soar with off-the-chart ratings the entire season. 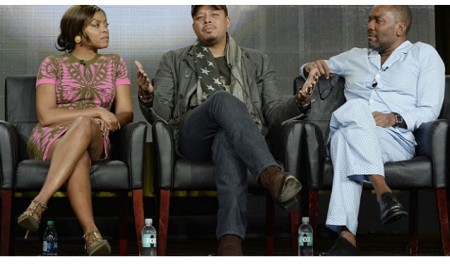 Not only did Lee Daniels get it right with Terrence Howard and Taraji Henson duo but the show seems to touch on every African-American stereotype. The series has a soap opera flare with hip-hop sex appeal. With the show’s ratings one would think it would be an all-around hit but this is not the case.  The hit series has received loads of criticism and labeled as “ghetto-fied” hood drama complete with mafia styled thugs, pimps and whores. Some have hailed the series as an African-American version of the 1980s hit television series Dynasty.

According to its ratings a lot of people are liking what they have seen so far with the Lyon’s clan. It seems the main three favorites are Cookie (Taraji Henson), Lucious (Terrence Howard) and Jamal (Jussie Smollett). After scoring the lead actors for the show, Lee Daniels needed a producer to craft the accompanying music and decided Timbaland was the right choice for the job. Daniels wanted the music to be reality based while following the plot. He said:

The music does not drive the story, the story drives the music.

Empire Distribution feels the entire show could drive away and confuse their supporters, artists and business partners. Fox called the claims meritless and said the network is committed to vigorously protecting its intellectual property. The network said the use of Empire does not violate any of the alleged trademark rights. Fox added:

It is illogical that anyone would equate a small, independent record label in San Francisco, California with a completely fictional music and lifestyle conglomerate on television.

While Empire fans are undoubtedly experiencing withdrawal symptoms they can rest assured that a second season is in the works and, according to Fox, will retain its current name. Ilene Chaiken, the series showrunner, said on season two, anything could happen because no story is finished. Aside from Terrence and Taraji, other returns to the Empire TV series cast for second season are Jussie Smollett, Trai Byers, and Bryshere Gray.