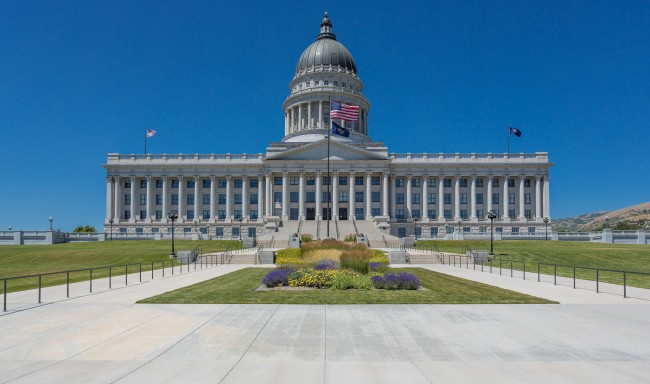 In February, Utah’s House of Representatives passed the bill by six votes. Paul Ray was able to win some legislatures over when he showed that there is already a Utah law stating to revert to using the firing squad if death by lethal injection is ever declared unconstitutional. However, the Death Penalty Information Center, which opposes the death penalty, says death by firing squad could be a less reliable option. The shooters could miss the heart or the inmate could move and this would cause a slow and painful, inhumane death. In 1879, Utah’s firing squad missed and it took Wallace Wilkerson 27 minutes to die.

Paul Ray sponsored HB 11 believing the firing squad to be faster and more humane than a botched lethal injection. HB 11 would make Utah the first state to use a firing squad for executions. The bill has to be approved by Governor Gary Herbert. At this time it is not certain which way the Governor is leaning. However, the governor’s spokesman commented that a firing squad would be a legitimate alternative backup if the execution drugs were not available.

Many states are seeking to end the death penalty. At the beginning of March, the U.S. Supreme Court granted certiorari (issued from a superior court requesting the review of an inferior court’s proceeding) concerning if Florida’s protocol for death sentencing was constitutional. In February, the U.S. Attorney General, Eric Holder gave his support to ban the death penalty, depending on the Supreme Court’s decision.

Certiorari was granted in January to ensure Oklahoma’s three-drug execution code was constitutional. In January, the Texas Supreme Court denied pleas to delay the execution of a man who only had an IQ of 67.

Other states are looking for alternate forms of capital punishment due to some faltering lethal injections. Last year, Oklahoma had a botched lethal injection. Also, Arizona had an incident that took a man two hours to die after the lethal injection was given. Legislation for firing squads has been introduced in Arkansas, was shot down in Wyoming and Oklahoma is considering nitrogen gas for executions.

The reason the lethal injection drugs are so hard to come by is because the drugs are manufactured in Europe. The manufacturers are denying the sale of the drugs to prisons and corrections facilities due to their position against the death penalty.