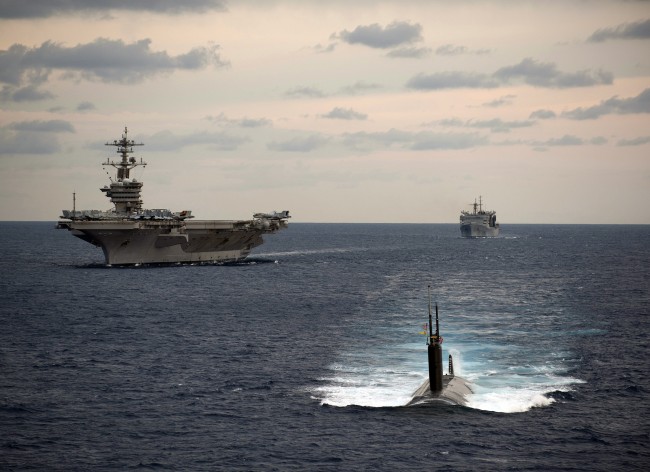 Building up its military and upgrading its army, air force, and naval arsenal, the country which gave the teachings of non-violence to the world close to seven decades ago, has entered the 21st century. India is considered as the biggest arms and ammunitions importer in the world today. It has been reported that the Defense Ministry of India, has recently finalized an arms and ammunitions deal worth more than $15 billion. India’s Defense Minister, Manohar Parrikar, confirmed these reports, elaborating the arms deal finalized by the three sectors of the Indian Military, The Indian Army, Navy, and the Indian Air Force (IAF).

India has been spending billions of dollars purchasing defense equipment over the last few years, enhancing its military capabilities. At the same time, the minister proudly stated India’s earnings of close to $10 million by supplying hardware for the militaries of other countries. The minister shared the details of the arms deal for the IAF, which was worth close to $9 billion with various companies across the world for the last four years. He informed that the Army and the Navy had spent close to $4 billion and $0.5 billion respectively during the same years.

Sharing more about the government’s efforts to help the Indian defense manufacturing industry, the minister informed that over the last decade and a half, the licenses to produce military equipment were given to close to 144 companies. He also stated that the Indian government has approved the manufacturing of seven stealth frigates and six nuclear submarines. The submarines are currently being built at Mazgaon Dock Ltd, Mumbai, in a tie-up with the French company DCNS. The government has also asked the Japanese authorities, if they would like to jointly work on the project, as the Japanese technology is considered the best in the world. However, no communication has been received from the Japanese government. 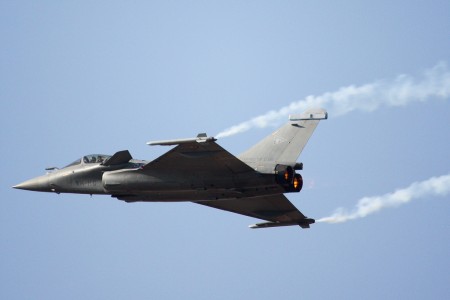 India is also trying to attract foreign investment in the defense sector. As for the majority of arms and equipment bought from foreign manufacturers, the Indian companies could also receive the technology for the maintenance of the equipment. Licenses would be issued for exporting military hardware, through an online application. Apart from this, the minister insisted that the government was focusing on building a robust strategy in the area of defense exports. The minister listed the names of the countries that have bought military hardware and equipment from India over the last four years. This list includes countries like Nigeria, Sri Lanka, Afghanistan, Nepal, Oman, and Bangladesh, among others.

The minister revealed that negotiations were on with another French company, Dassault Aviation for another deal worth $10 billion for close to 124 fighter jets named ‘Rafale’. However he clarified that the deal has not been finalized yet. The Indian Prime Minister, Mr. Narendra Modi’s call of ‘Make in India’, to help and develop the manufacturing sector in the country, has been very well received by major players in global arms manufacturing. India’s major arms supplier’s list includes the U.S., Russia, Israel, and France. If a global arms manufacturer chooses to set up a manufacturing unit in the country, it would receive approvals from the government, and local labor, thus providing employment opportunities to hundreds of people.

Sources:
The Washington Post
The Times Of India
Business Insider