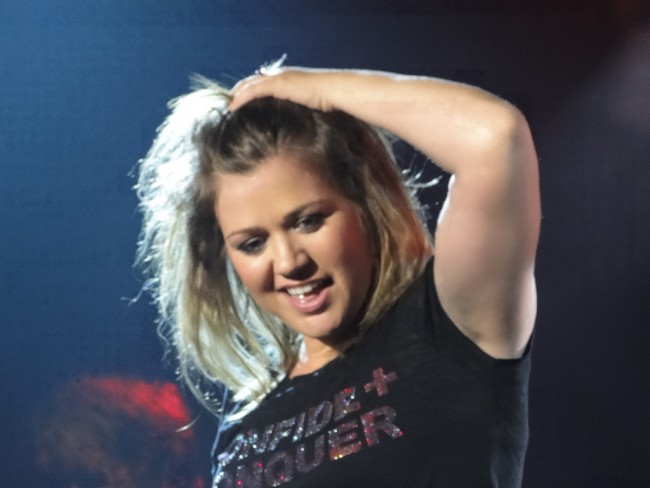 Kelly Clarkson is debuting new music for the first time in three years. On February 26, Clarkson debuted her first song off the new album titled Piece by Piece, which placed into motion a new venture. Clarkson is teaming up with Reese’s Peanut Butter Cups and CMT, MTV and VH1. This partnership showcases some of the most prominent artists and their music, and is titled MTV/VH1/CMT First. This new album is Clarkson’s sixth in the studio, with five of the songs being debuted solely on her VH1 and MTV Artist page.

The venture with First and Reese’s is Reese’s first important endeavor into music. This initial step will publish new tracks solely from numerous artists from many different music styles, including country, EDM, pop, and more during 2015. This is an opportunity for major brands, like Reese’s, to come together to debut the albums and songs to the fans and the public.

A spokesman for Reese’s stated that this is a great chance for Reese’s to get in touch with their fans and friends throughout the United States and world by way of a language common to all – music. He went on to further state that music is an unbelievable part of the lives of people and culture. It is an unspoken language and breaks down the barriers between everyone.

Clarkson’s new album will officially be debuted on March 3, and Reese’s is showcasing five of the songs starting February 26. That’s one each day for the next five days, on CMT and VH1 on the internet. Clarkson is the very first Idol winner, and will be appearing on CBS on Sunday morning, March 1, along with Tracy Smith. She will be chatting about her husband, her baby girl, and music.

Clarkson is candid in the interview about her husband, marriage, love, and being a mother. Clarkson married Brandon Blackstock in 2013. She stated that she had not ever really felt love and meant it for someone until she met Blackstock.  The two had a baby girl, River Rose, in 2014. Blackstock is a talent manager and son of Reba McEntire and Narvel Blackstock. Clarkson also chats in the interview about debuting her new music, the inspiration for her music, her upbringing as a child, where she keeps her momentos and awards, and her career.

The pop icon’s new album has taken at least four years to make, and most of it while being pregnant. Clarkson stated that recording while pregnant takes her music to a whole new level. She stated that she felt everything more intensely and passionately, as the new songs will showcase. She said she liked the experience as it opened her up to a new way to feel when making an album.