Kim Kardashian Is Angelyne With a Better Plan 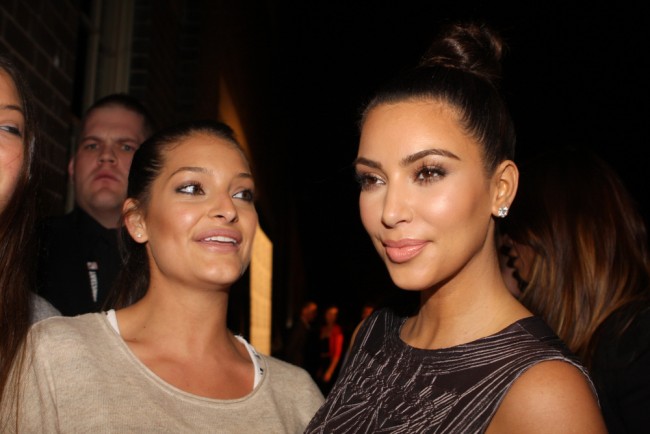 In the case of Kim Kardashian and Angelyne, differences in results find their root causes in the realities of better planning in Kardashian’s case than in Angelyne’s. Specifically, in an understanding in the case of the former that once one has an audience looking and wondering, there is a need to make sure they are consistently finding reasons to continue doing either.

A look back at the legend of the woman reported to have been born Renee Goldberg, aka the famous Angelyne, reveals both similarities and contrasts with the new legend in the making that is Kim Kardashian. In an early life quite dissimilar to Kardashian’s upbringing in Los Angeles opulence as the daughter of a prominent criminal attorney, Goldberg’s story began in small town Idaho obscurity with parents who, Goldberg has stated, did not survive her formative years.

Where Kardashian’s activities took place in Hollywood limelight, Goldberg formed her identity as Angelyne without such attention. She became, unbeknownst to many, a minor actress as well as a pop artist, with videos such as the youtube example ending this piece becoming the highlights of her musical career.

Somehow, the comment section for that video remains full of appreciative fans, arguably due more to nostalgic and novelty value than to display of any real talent. These gems, and the Los Angeles billboards she once graced which were a staple of Hollywood scenery, constitute the bulk of the public’s recollection of her fame. Those, and the ubiquitous pink Corvettes she has spent a lifetime exclusively driving.

It is for these reasons that one must ask pertinent questions in when seeking reasons for her career plateau. Did Angelyne have a plan for the next steps to stardom beyond the aforementioned attention grabbing? Where could she have gone with better planning? What did she misunderstand  about remaining relevant?  If one were to judge solely on results, it would appear either that Angeleyne had no real plan, or else had no real ambition beyond being famously and consistently, yet visibly “obscure”.

Enter Kim Kardashian, who was once known only as the hard partying daughter of the late Robert Kardashian. Who in turn, became famous to most only by virtue of having represented O.J. Simpson in his 1994 murder trial before bowing out to Johnny Cochran as head counsel. Kim Kardashian became embedded in public consciousness as a sidekick to Paris Hilton and Nicole Ritchie; the most talked about young Hollywood socialites of the early 1990’s.

Kardashian gained prominence of her own once tales of a sex video with rap artist and former boyfriend Ray J made the rounds, and the attention this tape received catapulted Kardashian into the stratospheric limelight. This attention was capitalized upon and turned into mega stardom by Kardashian’s mother Kris, who created a deft plan by which the Kardashian family found success on their own show,  hosted on the E! Entertainment cable channel.

From that point, enormous success has followed in the form of clothing boutiques, star-studded celebrity weddings that make every front page, and spin-off shows on E!. The shrewd business moves made by Kardashian and her mother have made Kim an $80+ million dollar tycoon and have earned her shows on E! a valuation worth over $100 million dollars a year.

Kim Kardashian has become the type of icon that clarifies the real value to Hollywood of actual talent. Stardom in Hollywood is an easy 80 percent reliant on marketing. The rest is timing, luck, and keeping one’s finger on the pulse of the public, persistence, and determination. It is good planning; that which respects market shifts and popularity swings can make the difference between plateau as a billboard and bus bench legend (as Angelyne remains) and being a household name who cannot go from brunette to platinum blonde for a day without generating front page copy, as Kardashian has done this week. Kardashian’s success level may not have been beyond possibility for the young Renee Goldberg turned Angelyne. However, without the attributes and traits mentioned earlier, and perhaps a few well placed connections, differences between the two women that were once no greater in width than a crack in a Hollywood sidewalk have come to appear like a chasm.

Kim Kardashian Is Angelyne With a Better Plan added by horsey.k on March 6, 2015
View all posts by horsey.k →