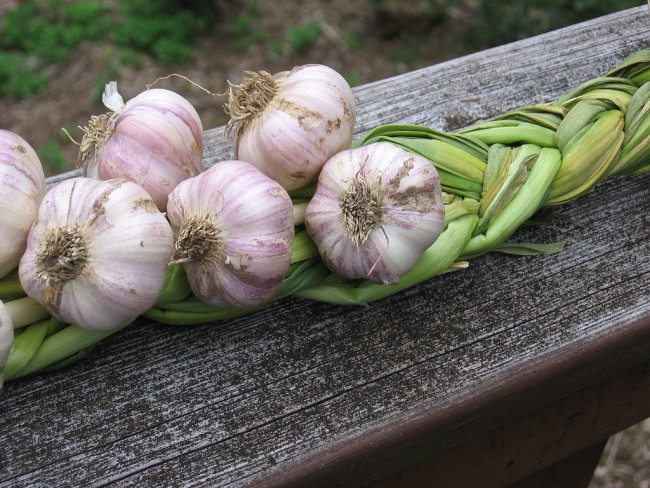 Due to the overuse of antibiotics, MRSA is the superbug that medical science’s strongest weapons cannot compete against. MRSA, methicillin-resistant Staphylococcus aureus, can spread through hospitals quickly and easily, and is now taking up residence in homes. It can also cause life-threatening pneumonia, as well as, bloodstream infections. It is estimated that MRSA has claimed the lives of over 5,000 people in the United States in 2013, according to The Centers for Disease Control and Prevention (CDC). MRSA has infiltrated the NFL and may, eventually, take more lives than cancer.

In the United Kingdom, researchers are reporting that MRSA is responding to an ancient remedy that is a mixture of garlic, onion or leek, copper, wine and oxgall or cow’s bile. This concoction was cooked in a brass pot, strained and then sat for nine days. Each ingredient has antibacterial properties so the combination was hopeful.

This possible remedy was originally an eye ointment from medieval times called Bald’s Eye Salve. This remedy is 90 percent effective on mice, with antibiotic-resistant Staphylococcus aureus bacteria. This is being studied by researchers at the University of Nottingham.

Christina Lee is an associate professor at the University of Nottingham. Her specialization is in disability and disease in the Viking and Anglo-Saxon time periods. She translated the recipe from old English.

Researchers stopped inventing and advancing and thought about what was used before there were antibiotics. Bald’s Leechbook was where this salve treatment was found. Bald’s Leechbook is a 9th Century medical textbook. It was believed that copper and garlic had antimicrobial properties, or those of an antibiotic. The Bald’s Eye Salve was tested in-vitro and on the wounds mice had, and it was more effective than hoped. Then researchers allowed their ‘infections’ to grow and mature. The individual cells bunched together and got sticky so it would be hard for antibiotics to get to them. Bald’s Eye Salve, overcame that obstacle.

It seems that the oxgall remedy is a success in the laboratory, but it is very possible that it will not be as effective outside of the lab. MRSA’s impact seems overwhelming.

A 7-year-old black girl from Minnesota was admitted to the hospital with a temperature of 103 F in 1997. After five weeks in the hospital, she died of a pulmonary hemorrhage.

A 16-month-old American Indian girl from North Dakota was in shock when she got to the hospital. She had a temperature of 105.2 F in 1998. She died within two hours of admittance to the hospital, of respiratory failure and cardiac arrest.

A 13-year-old white girl from Minnesota was taken to the hospital with a fever, coughing up blood and in respiratory distress in 1999. She died of multiple organ failure, after she had been in the hospital for a week.

Modern research is being combined with previous knowledge in non-scientific writings. However, the help these writings can contribute to handling today’s challenges can only be understood if both the arts and science are combined.

The oxgall research is going to be presented in Birmingham at the Annual Conference of the Society for General Microbiology. The team has warned that the Bald’s Eye Salve is not a cure-all. However, these researchers intend to continue to investigate the other remedies in Bald’s Leechbook for further wisdom.