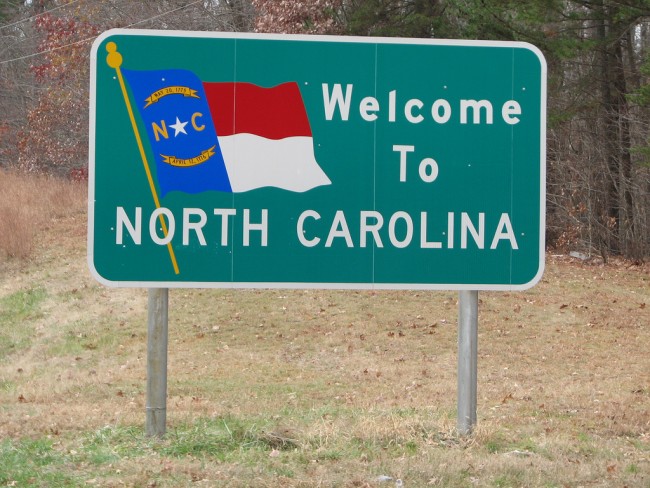 Following in the footsteps of Indiana, North Carolina has chosen to introduce their own version of the Religious Freedoms Reformation Act (RFRA) laws. This is not the first state to choose to continue forward with the passing of this bill, as Arkansas has also decided to move forward with a version of the law that is similar to Indiana. Although the bill is said to be similar to the one already signed into law by Governor Mike Pence, some critics of RFRA believe that the North Carolina version is even worse.

In previous states that have signed into law religious protections, the laws have followed closely along with the original bill from 1993. That bill only allows protections in the case of what might be considered government-imposed burdens against one’s religious freedoms. Therefore, the law would not protect against individual lawsuits from private citizens.

In Indiana, the RFRA laws have been written in a way described as being able to allow businesses to use the bill as a form of protection, against being sued by individuals for civil-rights violations. So instead of the law being a protection from the government, the law is protecting against any lawsuit based on religious freedoms. This is where much of the criticism and accusations of inequality and discrimination come in, as now a person can turn someone away in the name of religion without a fear of being taken to court for civil-rights violations.

In the North Carolina version of the RFRA laws being introduced, the state has written in that all state burdens are prohibited on the basis of religious freedoms. Whereas in other states, even Indiana and Arkansas, the burden is described as substantial against religious freedoms. So not only can an individual not sue a business for turning them away, but in North Carolina, the burden of proof does not even have to be considered a substantial one.

An executive director of the Institute for Southern Studies, Chris Kromm, spoke about the North Carolina version of the RFRA laws, and how the language found within the bill sends what he considers to be a dangerous message. Kromm said that the bill is making it so that religion is used as a trump card to then disobey the law. He goes on to point out that another addition to the North Carolina bill is a section that says that the government may actually impose burdens, only when it is in the best interest of the government at its highest magnitude. This he says differs from other states, which say that the government may impose burdens for a compelling government interest.

Even in the wake of boycotts, state and city travel bans and a number of protests of Indiana and their new RFRA laws, North Carolina has chosen to move forward and introduce their own version of the law. The biggest difference between the two states, however, comes in the form of the governor. North Carolina’s Republican Governor, Pat McCrory, has said that he would not be signing the bill the way that it is presently written. In fact McCrory also called into question some of the items in “the so called religious freedoms bill,” saying that they did not make sense. As he points out, “What is the problem they’re trying to solve? I haven’t seen it at this point in time.”