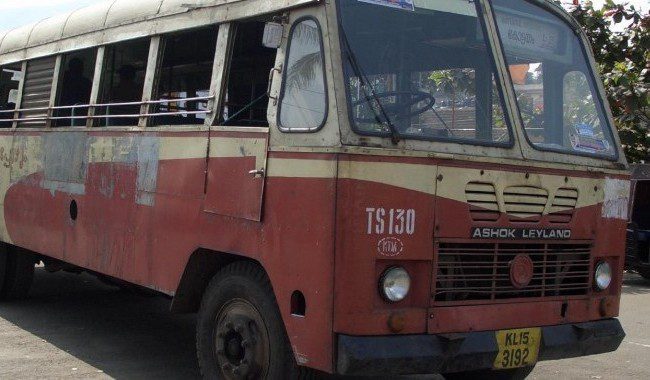 The Delhi court in India is concerned about statements made in a documentary concerning the fatal gang rape of a 23-year-old woman in December of 2012. The court’s concern about the documentary is that there are demeaning comments in an interview with one of the men who raped her. The court has decided to ban the release of Leslee Udwin’s documentary, India’s Daughter, about a young woman who was gang-raped and assaulted. However, Udwin has decided she is going to release the documentary anyway.

The Constitution of India’s First Amendment states, “The citizen’s right to freedom of speech and expression guaranteed by article 19(1)(a) has been held by some courts to be so comprehensive as not to render a person culpable even if he advocates murder and other crimes of violence. In other countries with written constitutions, freedom of speech and of the press is not regarded as debarring the State from punishing or preventing abuse of this freedom.” (The Constitution of India).

The court has decided to ban the documentary in the belief that it would cause an unstable environment of “fear and tension.” In the documentary, Udwin interviews Mukesh Singh and the others who gang-raped the 23-year-old woman on a moving bus. This action, followed by public protests about protecting women from rape across the nation, is what made the Indian government tighten anti-rape laws. Udwin told Reuters that she would never choose to cut out the nine minutes of video of her interview with Singh. Singh is open and honest with how he feels about the woman’s rape and assault, which are the very same comments that got the documentary banned.  The rape victim’s parents are very supportive of the film.

The documentary was going to premiere in India, Denmark and Britain on March 8, which is International Women’s Day. This documentary hits close to the heart for Udwin, as she was a rape victim herself. She has decided the documentary will be released worldwide and Udwin will not be editing any of the nine-minute interview with Singh concerning his thoughts about the rape and women.

Udwin produced the 1999 British cult comedy, “East is East,” as well as the sequel. When she saw thousands of people on the streets in India protesting the Delhi gang rape, she was inspired. She wanted to give a voice to the 23-year-old woman whose voice was stripped from her when she died 13 days after the brutal assault in a Singapore hospital.

Udwin began this journey with an Indian journalist, Dibang. They worked together for two years to put together the 60-minute documentary. The two conducted 31 hours of interviews with the men who raped her, who are currently confined in Tihar Jail in Delhi, which is South Asia’s biggest prison.

There are four versions of the documentary. Each version has a different length. The purpose of the different versions of the documentary is to make the film accessible to international audiences, BBC, film festivals and NDTV. All versions contain the nine minutes of video footage with Singh in which he makes derogatory comments about women and blames the victim for her own rape.

In some of the comments, released to the media this week, Singh blames the victim for the crime and for resisting the rape. Singh believes that women are more responsible for being raped than the men who rape them. This is just a small part as to why an order had been passed by the court prohibiting any publication or transmission of the nine-minute interview with Singh until the court says different. These orders came from Rajan Bhagat, spokesperson for Delhi Police Department. The court order was given to the Delhi Police on Tuesday and it bans anyone from showing the film on the grounds that it contains “objectionable content.”

Mukesh made demeaning and degrading comments about women and rape. The court does not want the film to “creat[e] an atmosphere of fear and tension with the possibility of public outcry.” On Tuesday, Delhi Police registered a FIR against persons unknown. They said they would get a restraining order to stop the showing of the interview. The broadcasting ministry put out an advisory preventing any news channels from carrying the story. The FIR was registered under sections 504 (insult to provoke breach of peace), 505 (1) B (cause fear or alarm to public) and 509 (word, act to insult modesty of woman) of the Indian Penal Code and section 66 (A) of the IT Act, empowering the police to make arrests over social media posts.

The Centre is seriously considering the matter at hand. Singh spoke to the director general of prisons in Delhi, Alok Verma, to ask for the reasons for allowing the interview in Tihar jail. Parts of the interview, when Singh is blaming the woman for her own brutal assault and rape, has appeared in the media as well as on YouTube.

The deceased woman who was raped was a physiotherapy student. She was going home with a male friend and was tricked into getting onto an unregistered private bus. Her male friend was beaten and was unable to help her.  After her friend was incapacitated, she was raped and assaulted with an iron rod by four men, including Singh. All four men are on death row, but they got a stay of execution on an appeal by the Supreme Court. After the rape, both victims were dumped off the bus bleeding and naked. The woman died 13 days later in a Singapore hospital.

One of the assailants committed suicide by hanging himself in prison. Another, who was 18 when he attacked the woman, got three years in juvenile detention. The crime outraged the masses across India and prompted tighter laws for sexual violence against women.

India’s Home Minister, Rajnath Singh, gave a statement Wednesday accusing Udwin of breaking “permission conditions” by showing the complete documentary to jail officials, even though it has been banned. Singh was also outraged that Udwin was allowed permission to interview a rapist. How she was able to interview the rapist is being investigated. Udwin did have the permissions needed to interview Singh concerning the assault and rape ,and jail officials were given the opportunity to view the unedited footage of the interviews and opted out. Later, a pared-down version of the documentary was approved to air in India.