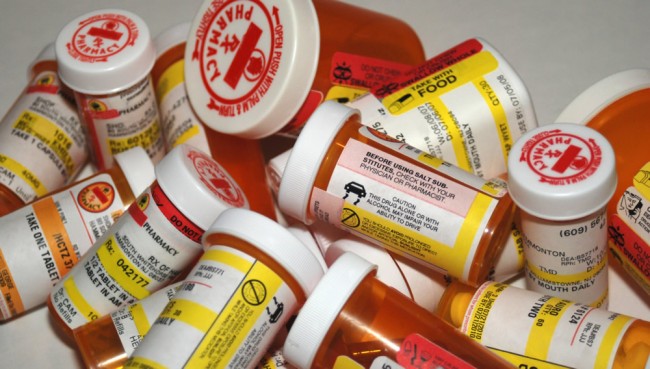 Proponents of the Affordable Care Act (ACA aka Obamacare) love to point out that more than 15 million people picked up health insurance coverage because of the legislation. Some took advantage of tax credits to help afford their premiums, others took the penalty threats seriously, but others received coverage because many states expanded eligibility for Medicaid. That enabled those who could not afford care in the past to receive it, and particularly receive things like preventive care and prescription drug coverage, that were previously unaffordable. While the increased access to care was a major goal, the Affordable Care Act also resulted in a boost in drug spending as more prescriptions were filled and spending on pharmaceuticals grew more than 13 percent.

Prescription medication spending in the U.S. soared last year. It was largely driven by the millions of new insureds as a result of the ACA. Other reasons, however, included new very expensive medications as well as price increases from drug manufacturers.

The 13 percent spending jump, which is the biggest increase in more than a decade, was announced in a report from the IMS Institute for Healthcare Informatics. Even with population growth and inflation factored in, the increase was still about 10 percent. The Institute estimated that total prescription drug expenditures in 2014 topped $374 billion.

According to the report, more than 4.3 billion prescriptions were filled in the U.S. during 2014, which is a new record. Many of those prescriptions, however, as for inexpensive generation meds that patients on Medicaid or in ACA plans got now that they have covered that was not there before. In fact, Medicaid prescriptions increased by 17 percent over the prior year. An additional sign that the ACA has helped those previously uninsured access care is the 5.5 percent decline in prescriptions that were paid for in cash, which was the way uninsured people filled them in the past.

A whopping $11.3 billion was spent on just four medications. The new drugs are effective in curing hepatitis C in many patients, but cost approximately $84,000 or more per course of treatment. The best-selling one, Sovaldi, reportedly made $7.9 million for its manufacturer Gilead Sciences Inc.

Ten of the new drugs introduced in 2014 carried the relatively new “breakthrough therapy” designation, which helps speed up the approval process in the U.S. Food and Drug Administration. The designation was introduced to accelerate the development of drugs addressing previously unmet needs and to encourage innovation from big pharmaceutical companies.

Additionally, five new antibiotics hit the marketplace last year. Four of them benefited from “qualified infectious disease product” (QIDP) designation, which also sped up the FDA approvals process. Furthermore, some drugs with the QIDP status, such as Sivextro (tedizolid phosphate), are being granted an additional five years of market exclusivity.

While the Affordable Care Act and the new drugs resulted in the 13 percent pharmaceutical spending boost, some wonder whether the buying increase will continue. According to reports, the increase in prescriptions for the newly insured should level off, but the number of specialty medicines in late development stages could make some expensive drug bills and escalating expenditures in the future.