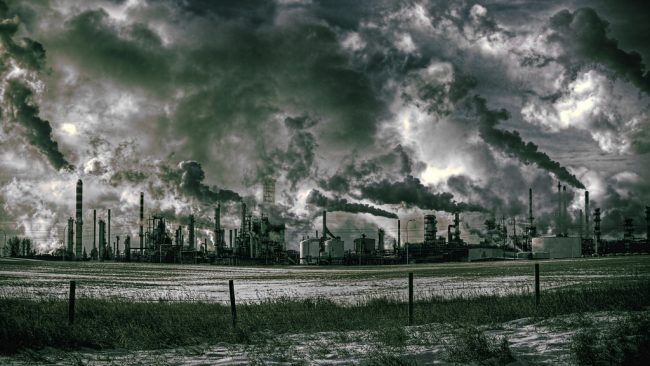 There has been American and Western interests in the Middle East involving military, political and economic issues for at least 100 years from The United States, Great Britain and France. It was 95 years ago when United States Congress passed a bill called “The Mineral leasing act of 1920.” The bill was designed to coerce Great Britain to let American companies into the Middle Eastern oil fields with them when the initial drilling and excavation of the region’s oil reserves began.

In 1928, American interest in stabilizing the region came when Standard Oil Company’s CEO, Walter Teagle, signed the negotiation for American interest in oil excavation in the Middle East. The deal that was negotiated by a Turkish citizen named Gulbenkien, gave 23.75 percent to Great Britain, Denmark, France and America that desired the oil assets of the Near East Development Company (American oil interests), and the key negotiator of the deal was to receive five percent. There were no profits left for the people who actually live on the land and have lived there for many generations. This sort of agreement with the Indigenous people should only be possible when a nation has been defeated by war, such as, when the British and French took control of the Ottoman Empire and at the end of WW1 the Central Powers had been defeated.

The defeated Ottoman Empire was broken up and separated into many countries by the newly formed League of Nations; most of the responsibility fell on Great Britain, being the greatest power in the world at the time. The lines of the countries’ borders were drawn without concern for the tribes that inhabited them. The Ottoman Empire had a loss of many tribes, each with its own leaders; most were friendly with each of the other tribes, but now they were being ruled by a colonizing government which was not interested in the people’s commonwealth.

The British had actually used the war with the Ottoman Empire to invade and seize the oil rich land. They were so sure of the potential that Great Britain risked by alienating France through capturing Mosel from French control (in what is now northern Iraq) in order to seize the land for potential oil fields.This was the beginning of what would be three decades of exploitation of the oil fields of the Middle East. There was no worry of loss of equipment or personnel due to the relationship the oil companies had with the leaders put in place in Iraq, Iran, Saudi Arabia, as well as the smaller countries of the region.

The American interests in the Middle East took a blow in the 60’s and 70’s in Iraq; when through the progression of steps, Saddam Hussein nationalized the oil industry of Iraq. The nationalization of the oil industry encompassed all of the assets that were in Iraq; that is, the entire infrastructure that was for oil exploration and transportation of oil were lost. The oil company’s assets in Iraq were far from the only assets they had in the region, but Iraq was hit hard by the loss of money. This was happening while the Shah of Iran was being overthrown, American hostages were taken and oil-producing nations were starting to act cooperatively noticing the power and control they had with the oil supply.

The government of the United States was at the time run by President Jimmy Carter; his plan was to begin national oil independence, thus freeing the U.S. from the grip of Middle Eastern control over the flow of oil. After what three decades of exploitation of Middle Eastern oil fields have done to the United States,the President offered a new plan to at least reduce the country’s dependence on foreign oil. Some laws were passed to push companies to build more fuel-efficient cars, and some government regulations were created, like the 55 mph speed limit. The problem was that in the next few years many of the conservation measures were abandoned with the return of cheap oil, the Arab countries of Organizations of the Petroleum Exporting Countries (OPEC) realized that they could lose their largest customer so they cut the U.S. some slack, allowing foreign countries to continue to obtain their oil at a reduced rate.

The events of the last few decades have given some a moment to pause and reflect on the nation’s role in the Middle East, and if the United States, as a nation, should be pursuing a course of action in the Middle East. The interests of the American oil industry have been protected by government through the use of force and the loss of American servicemen and women, and this is reprehensible. The people of this great country deserve better than a government dedicated to the preservation of the oil companies to put this country in a position of having to use military force to continually keep them in business.

The solution was so obvious in the 70’s: America needed to get on a path to independence from foreign oil. The oil company’s lobbyist and the politicians decided to stay the course of the past, and forget about the lessons learned from the oil embargo. The fact is, if the United States as a nation had spent as much effort and money on finding energy alternatives, they would not be worried about Iraq, Iran, Syria or ISIS. The American interests in the Middle East are a direct result of the country’s policies, not the other way around, and these policies are a direct result of supporting the oil company’s exploitation of the natural resources of the Middle East.

American Interests in the Middle East: What Are They? added by mccarty.r on April 5, 2015
View all posts by mccarty.r →