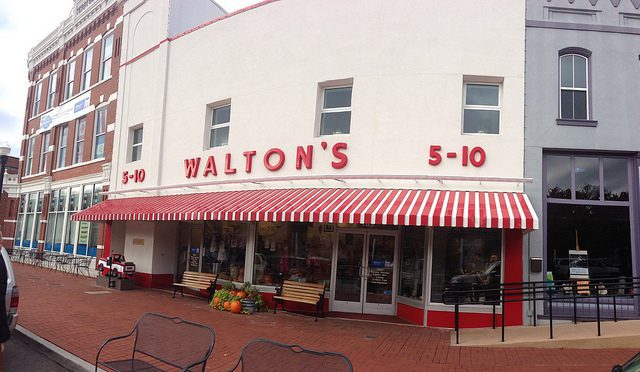 Fifty different states comprise the United States of America, and each has its own special flavors and hidden secrets that make up the history of this great country. The thirty-second state of the union, Arkansas, is a state that is rich in travel destinations and full of American history. Being surrounded by six other states adds to the uniqueness and cultural diversity that makes up present day Arkansas.

When traveling through the state, one will find various textures of land, including bottomlands along the Mississippi River, mountain peaks around the plateaus as one travels towards Missouri, cotton fields that trigger thoughts of older times and deep southern roots, on to the frontier that mimics the movies of the wild, Wild West. With so many natural sites to take in along the way, it is important to take time to visit the historical parts of Arkansas. There are museums and landmarks of civil war battles, bars and taverns with blues in the atmosphere or the more traditional folk music – it just depends on personal taste preferences.

While Arkansas has a lot to offer in terms of natural beauty and fun spots to explore, it also holds a lot of deeply rooted historical aspects of the American culture. During the Civil War, Arkansas became divided, and had to leave the Union. It played in a tug of war between the north and south due to being located along the Mississippi River and because it served as the open door to the southwest side of the country.

Arkansas’ capital, Little Rock, was a central location full of the states’ history and a rich travel destination for many visitors to the state. For one, it was home of Little Rock Central High School, the location where nine African American students broke down the walls of desegregation in the fall of 1957. It is also home to the 42nd President of the Unites States, William “Bill” Jefferson Clinton, who served two terms in office; a fact the state is quite proud of.

Another interesting fact about Arkansas, unlike any of the other forty-nine states, is that diamonds can be found and mined there. If in the market for a ring, Arkansas might be the best place to search for a diamond. Sam Walton, founder of internationally known business giant, Wal-Mart, was raised in this state, and the city of Bentonville houses the home offices of both Wal-Mart and Sam’s Club. The biggest distribution locations for both companies are located there.

The meaning behind the flag is deeply tied to its’ history. The diamond represents the precious gem that was discovered in the state. The twenty-five stars that make up the diamond, represent Arkansas being the twenty-fifth state to join the union. The four stars in the middle of the diamond represent its’ place on the Confederate side of the civil war, and the United States, Spain and France. All three countries owned land at some point in time in what is now Arkansas.

Whether traveling through the rich countryside lands, taking in the breathtaking views, or riding through parts of the state that are full of historical moments in American history, Arkansas represents what it means to be American. Over the course of time, it has been home to Native Americans, African Americans, Caucasians, and several other ethnic groups. It is culturally diverse, welcoming of all who visit, and is correctly nicknamed The Natural State. Travel and history are a natural part of what makes it unique.

Arkansas Travel Rich and History Full added by benas.t on April 1, 2015
View all posts by benas.t →