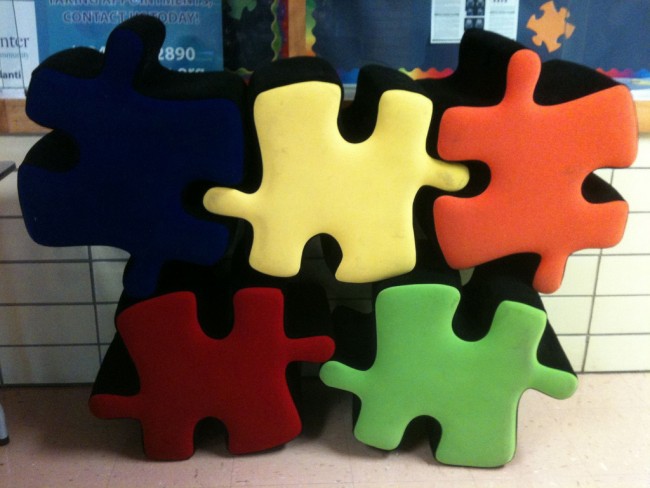 Autism Speaks has devoted much of their time to helping ease the minds of worried parents when doctors ignored their concerns. A national survey from 2011, called Survey and Pathways to Diagnosis and Treatment, has revealed new analytical data that many parents who have children with autism, and happened to have expressed concern about their child’s health when they noticed the first signs, had doctors and healthcare providers brush them off, leaving their kids without any further medical attention. Actually, it was found that the parents with autistic children were much more likely to have their concerns completely dismissed by their doctors, compared to the parents of children who were dealing with other types of delays in their development, cerebral disabilities included.

As a result of healthcare providers ignoring the questions of parents in search of answers regarding the health of their children, the amount of time that passed before they received an autism diagnosis was extensive. What this meant for their kids was, not only were they diagnosed much later than they could have been, but now they were also beginning their treatment much later than they should have been.

According to the reports, the age of the children whose parents began to express worry of possible signs of autism to their doctors was, on average, 2-years-old. By the time those children were finally given a diagnosis for autism, they were already five years of age.

The children involved in the 2011 survey were all between the ages of six and 17-years-old. The survey was composed of 2,098 children with cerebral challenges and other existing types of delays to child development, along with 1,420 children that were diagnosed with autism.

According to the head of medicine research for Autism Speaks, Paul Wang, the research conducted revealed that parents’ concerns regarding possible signs and symptoms of autism were being ignored, and their children were being left untreated for much too long of a time. Due to these findings, Autism Speaks has made the community of medicine a priority to help worried parents get the answers they need concerning their children when their concerns were being ignored by doctors. Help is being offered by the organization becoming heavily involved, making certain such instances of health provider negligence is avoided.

Autism Speaks, which was founded in 2005, has become the leader for calling attention to autism in North America, as well as all over the globe. The organization’s Early Access to Care act, which was launched in 2013, has lowered the age for children to be able to receive a diagnosis for autism, with Autism Speaks strongly taking into account communities with inadequate health facilities and services.

The Autism Treatment Network, which is also offered by Autism Speaks, has made a huge impact on families with autistic children. The network is made up of 14 centers, each specializing in a different specific healthcare need, committed to delivering families with the highest quality, state of the art healthcare for their children, as well as teenagers that are dealing with autism. In addition, they offer healthcare providers, mostly pediatricians, with autism education opportunities to ensure families can receive the best care possible.

On the upside, there were findings of healthcare providers that actually did follow-up and investigate when parents came to them with their concerns. This led to earlier autism diagnoses, which can only benefit the child. A diagnosis can be made as early as 18 months of age, while other delays in development could be diagnosed even earlier than that. Autism Speaks will continue to work with the health concerns of children that plague their worried parents when other doctors ignored the signs.