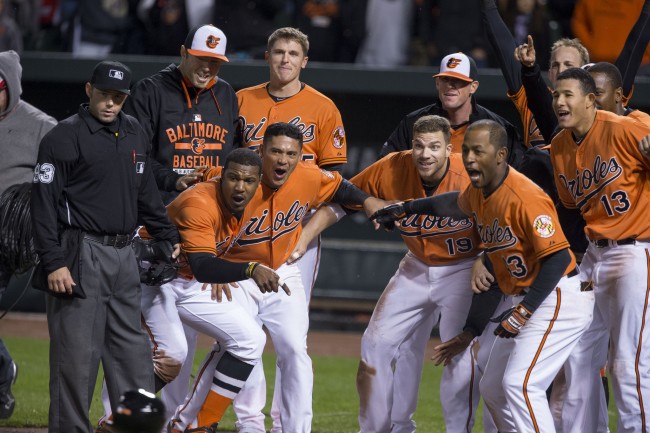 The Baltimore Orioles and the Chicago White Sox will play at Camden Yards on Wednesday in a game closed to the public. The game, that was originally scheduled for Monday at 7:05 P.M, was postponed about 40 minutes before the start of the game after riots broke out in the city of Baltimore following the funeral of Freddie Gay. Gay died on April 19 due to injuries he received while in police custody.

The game was postponed until Tuesday at the same time, but the game was again postponed just after 11 AM. The Baltimore Orioles game will be played on Wednesday at 2:05 P.M as part of a double-header. Although the game will be played their will be no fans in attendance. Major League Baseball (MLB) has decided that the risk of violence at the game would be too great to allow fans in the stadium. This game will be the first MLB game to be played without any spectators present in the stadium. In an email to the Associated Press MLB commissioner Rob Manfred says “All of the decisions in Baltimore were driven first by the desire to insure the safety of fans, players, umpires and stadium workers.” The MLB currently has not made any comment as to how Baltimore Orioles fans, who bought tickets, will be compensated.

The riots will also force the Baltimore Orioles to play their upcoming weekend series against the Tampa Bay Rays at Tropicana Field in St. Petersburg, Florida. The Baltimore Orioles are not the only local sports team being forced to work around the riots. The Baltimore Ravens have cancelled their Thursday night draft party at M&T Bank Stadium in order to respect the curfew that was set in place for the city. This is also not the first time the league has had to postpone games do to civic unrest. The Los Angeles Dodgers had four of their games postponed after the Rodney King verdict.

After the funeral of Freddie Gay riots broke out across the city and they have not stopped since. The governor of Maryland has declared a state of emergency and has called in the National Guard to try to restore order to the city. So far the violence does not appear as though it will stop any time soon. Their have been almost 200 arrests on Monday after the riots started, with over 144 vehicle fires, and 20 police officers wounded with one in critical condition. These riots are more than just one man being killed in police custody. These riots are about the refusal of government officials to see the policing practices of an over powered police force as a problem.

People may see the riots as being misguided or just senseless violence, but this could not be further from the truth. The rioters represent every citizen who is tired of the way the police are able to brutalize American citizens. People are tired of having their voices go unheard on the issue. Martin Luther King Jr. once said, “a riot is the language of the unheard,” and that is exactly what Baltimore is showing the rest of the country. Even though the riots continue people can take solace in the fact that the Baltimore Orioles will play Wednesday.