Boston Bomber Tsarnaev Found Guilty on 30 Counts, Will Get Life or Death 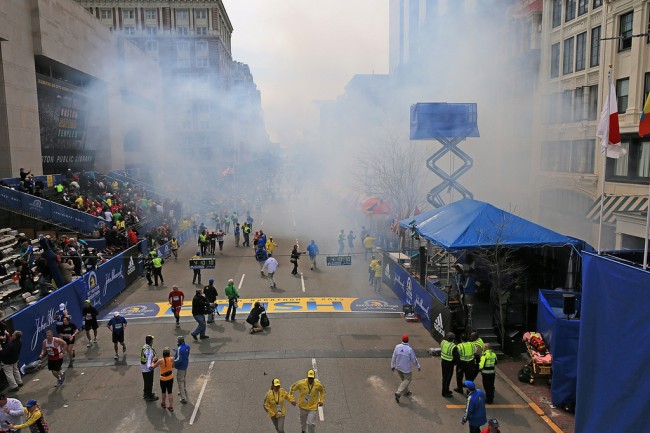 One of the bombers at the Boston marathon, almost exactly two years ago, Dzokhar Tsarnaev has been found guilty Wednesday, April 8 on all 30 counts which will get him a life or possibly even a death sentence. Tsarnaev was convicted of multiple charges like conspiracy, aiding and abetting, and using a weapon of mass destruction. Seventeen out of the 30 counts carry provisions for a death penalty.

The two bombs that went off April 15, 2013 at the finish line of the marathon had left 260 people grievously injured and three participants dead. The fourth person was killed in cold blood by the two brothers and was a young security officer during a manhunt which went on for six days for the suspects. Tsarnaev was surrounded by his three defense lawyers at the time when the guilty verdict was read out. He was said to be staring blankly at the table or staring straight ahead. He showed no guilt or remorse for his actions. When federal Judge George O’Toole was reading the verdict, the 21-year-old college student at one point crossed his arms in exasperation. 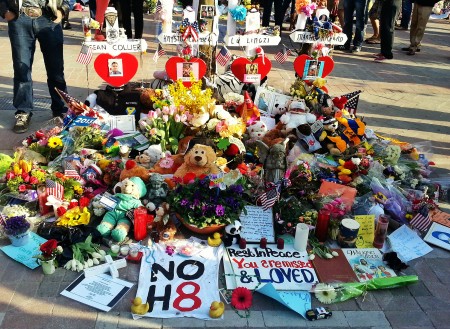 The courtroom remained completely silent when each ‘guilty’ verdict was announced. There was no smiling or rejoicing on part of the families of victims present in the courtroom. None of the jury members looked at Tsarnaev while announcing their verdict. He did not make eye contact with anybody present in the room and there was absolutely no response from the Boston bomber Tsarnaev when he was being convicted on all 30 counts which could get him a life or a death sentence.

Those present in the court throughout the trials spoke to media after the verdict was pronounced. They said that Tsarnaev has been walking in and out of the courtroom looking completely disinterested in the proceedings of the trials. Some witnesses mentioned that he was even arrogant in his demeanor while facing the victims during their testimony. They said that he was a 19-year-old grown man at the time of the bombings and chose to commit those crimes. They further stressed that a grown adult like Tsarnaev cannot say that he was swayed by somebody else to commit such heinous acts of crime. He had also helped his elder brother Tamerlan in selecting the location as well as making the bomb.

It must be reported that when he was cornered and surrounded from all sides by the police officials during the manhunt, Tsarnaev chose to hide under a boat and wrote his testimony using his own blood. He had written about why the two brothers chose to sacrifice their own lives and become martyrs for the cause of their brothers across the world. The result of the ongoing trial was on expected lines as the defense lawyers had accepted that Tsarnaev was in fact the guy who had placed the pressure-cooker bomb among the crowded finish line of the annual Boston marathon.

The team of defense lawyers for Tsarnaev had argued that he had been manipulated by the older brother who got killed during the police shootout during the manhunt. None of the defense lawyers had suggested that he was innocent or should be treated as one. The Boston bomber Tsarnaev has been found guilty on 30 Counts, and will get life or death sentence as the penalty phase begins early next week with the same five-man and seven-woman jury.