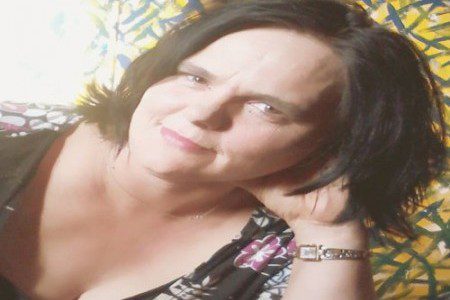 Cornelia De Wet, a South African citizen charged with unlawful possession of explosives and ammunition, has been subject to a lengthy trial without any anticipation of a closing date. During an interview with De Wet, it was stated that the accused appeared in court on April 2015 and told that once again the case would be postponed until May 11, 2015. Not even halfway through the year, De Wet has already appeared in court six times this year.

In fact, De Wet has appeared in court more than 40 times over a period of three years. During this time, there has been no progress or any attempt to finalize the case. In the last court hearing, Cornelia did not have any legal representation, and the state said they would appoint an attorney. However, the state said that this would take some time to initiate, as there was no money available.

There have been some wacky reasons for the postponement of the De Wet case over the last 40 hearings. Either, there was no translator available, the state had not concluded proper evidence, or the defense team was not ready. De Wet has exchanged defense attorneys more than seven times, due to resignations by the representation not being prepared or claims of incompetence. The withdrawal by defense is always before a trial date is set.

The justice system of South Africa is failing, and the lengthy trial of De Wet proves that there are issues of misrepresentation as well as utter chaos. This case is set to compete with some of the longest trials in South Africa history.

The lengthiest trial in South Africa history took fourteen years to finalize. During August 1994, Dries Human was arrested on charges of car theft, fraud, and conspiracy. The case was postponed several times between July 1995 and 2008, due to the withdrawal of legal representation and missing evidence. Human was awarded a permanent stay of prosecution and walked away a free man.

Another lengthy court case was the treason trial of the Boeremag members, who spent several years parading in and out of courts. The trial started in 2003 and ended in 2013. Most members of this alleged white supremacists group received up to 30 years imprisonment for their role in high treason, terrorism, and sabotage.

Her trial has taken over three years without any foresight of bringing closure. Cornelia is anticipating that the court appearance in May this year will once again be postponed, due to lack of legal representation.

Cornelia, who is currently out on bail, is unable to leave the country or travel around South Africa. The hindrance of being available for court hearings has weakened the prospect of finding employment. As a single mother of three, Cornelia has had to rely on family and friends for financial support.

De Wet stands firm on pleading not guilty to the charges raised and has documented evidence that the charges are instigated through hatred. According to Cornelia, several security group members have targeted De Wet in an attempt to cover up their wrongdoings. It is the assumption of Cornelia that the long delay in finalizing this case is due to lack of evidence on behalf of the state. Cornelia has been dramatically traumatized throughout this ordeal and still bears the stigma of being politically aligned with white supremacists.

Three years and 40 court appearances have taken a toll on Cornelia De Wet, who is shattered by the long delay in ending this traumatic incident. The time and cost involved of bring this case to a close is another factor of how the South African justice system has failed.

Interview and Opinion By Laura Oneale