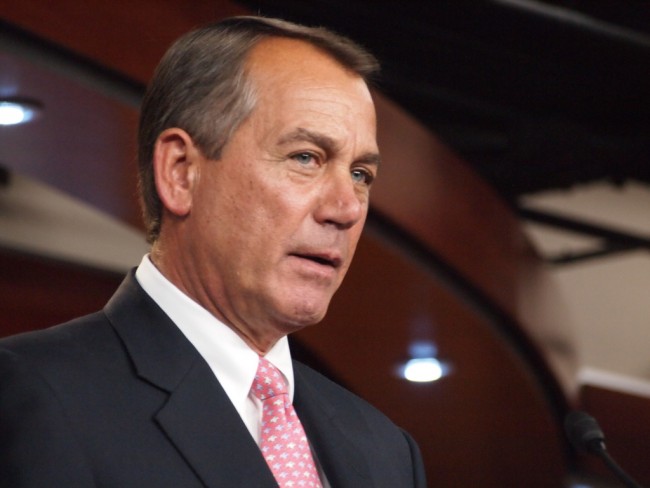 Thursday, John Boehner said he is thinking about holding a full House to vote for an order for Hillary Clinton to attend court in regards to her not releasing who she uses for an email server. His argument was formulated in a previous interview with Bloomberg Politics, where he stated Clinton broke the law.

Clinton broke the law, according to Boehner, because she is not using her own server to handle personal business matters. Clinton has used a private email server after Rep. Trey Gowdy (R-SC), changed the number of court hearings she needed to attend from one to two. Clinton’s lawyer responded to Gowdy in a letter, stating that Clinton would answer all questions about her use of email, but Gowdy refused to accept the response.

Boehner is trying to accuse Clinton of breaking the law during her run for the 2016 election. Her campaign has stirred everyone’s anger, because they have postponed the release of the Benghazi report to occur right before the election.