By rosenberg.a on April 12, 2015Comments Off on Kansas Army Base Bombing Plot Foiled 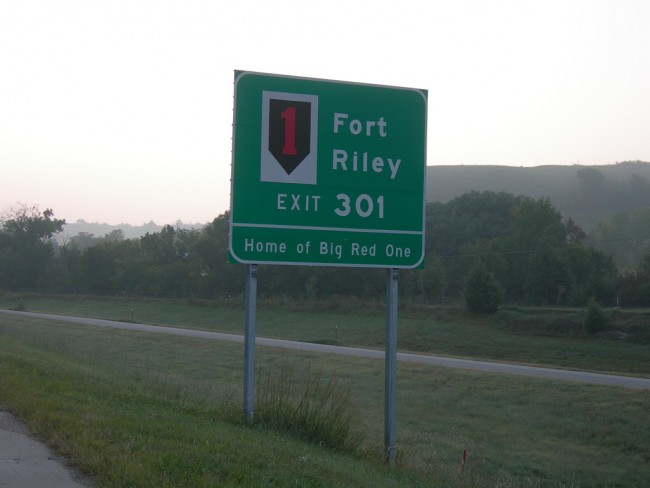 A man is being accused of planning a suicide attack at Fort Riley, a military base in Topeka, Kansas. It is said that he was planning on arming a 1000 pound bomb just outside the base, in support of the terrorist group ISIS. His bombing plan was foiled when he was apprehended Friday morning just outside a gate at Fort Riley.

John Booker made an appearance in court Friday, in his hometown of Topeka, Kansas. Prosecutors say that he told an FBI informant that he wanted to bring death to Americans, and engage in violent jihad. Booker also told the informant that the attack would have been justified because in the Muslim holy book the Quran, it says to kill your enemies wherever they are. He is being charged with attempting to use a weapon of mass destruction, attempting to damage property by way of explosives, and for providing support to a terrorist group. If he is found guilty, he could face life in prison.

Booker was going to apparently pull the trigger himself, making the bombing a suicide mission. He said that detonating a suicide bomb would be a great aspiration of his, because he would not be captured, all of the evidence would be destroyed, and he would be guaranteed a target hit. Booker’s Fort Riley bombing plot was foiled when he tried to connect wires to what he thought was a bomb, but was actually a phony that was constructed by an undercover FBI agent.

Authorities have also apprehended an accomplice in this investigation. Alexander Blair, also of Topeka, Kansas is being charged with a count of failing to report a felony. The U.S. Attorney’s office said Blair knew of Booker’s plan to set off a bomb at Fort Riley military base, but failed to tell authorities. Blair shared the same extremist point of view that Booker did, and lent him the money to obtain a storage facility to house the bomb materials.

The FBI began tracking Booker when he enlisted in the Army about a year ago in Kansas. He drew suspicion to himself after several posts to his Facebook page surfaced indicating that he was preparing to wage holy war against the United States. Undercover agents were sent to talk to Booker, and he conveyed to them that he wanted to carry out a suicide mission, with the intention of setting off a bomb at the Fort Riley military base in Kansas.

While being tracked by the FBI, Booker was described as being troubled. He confided in a confidante, who turned out to be an undercover FBI agent that he was not liked by others at the Mosque that he attended because of his radical views, and alignment with ISIS. His interest in the Muslim religion began while he was in high school where he was also a member of the Junior ROTC. A fellow JROTC member still was surprised by his arrest and plot to plant a bomb, saying that Booker always came off as being pretty harmless back in high school.

The FBI continues to focus much of their investigations today on to individuals who claim an allegiance to ISIS, or people that want to fight alongside other extremist groups. Like the bringing down of Booker, and his foiled plan to detonate a suicide bomb at Fort Riley in Kansas, authorities plan to deliver the same type of justice to anyone else that tries to harm this nation, and its people.