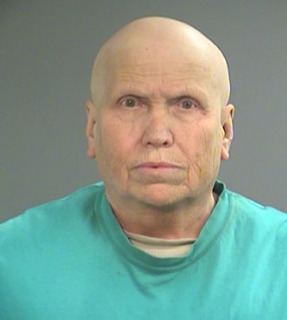 Susan Monica, the Wimer, Oregon, woman accused of killing and dismembering two men before feeding their remains to her pigs, has been convicted of the crimes and sentenced to a prison sentence of at least 50 years. While handing down the punishment in a Jackson County courtroom, the sentencing judge described the convicted serial murderer as a “cold-blooded killer.”

Monica, 66, was silent while the jury announced their unanimous verdicts of guilty for two counts of murder and two counts of abuse of a corpse for the summer 2012 death and dismemberment of Stephen Delicino, 59, and the September 2013 death and dismemberment of handyman Robert Haney, 56. Both men died of gunshot wounds and were fed to the pigs on Monica’s 20-acre ranch in southwest Oregon, where she welds wrought iron fences and gates. Because she committed two separate murders, she meets FBI guidelines for being labeled a serial killer.

In January 2014, what remained of the men, which had not been consumed by the pigs, were found on Monica’s farm, located off of West Evans Creek Road. Although she was interviewed for 18 hours and on trial for six days, she never confessed to being responsible for the deaths of the two men. Referring to the fact that she told detectives she was afraid her pigs would be put down if she notified authorities of the deaths, Judge Tim Barnack said, “You value pigs more than you value people.”

The sentence could have been decided on a later date, but the newly-convicted killer requested that the judge impose it immediately after the jury’s dismissal, saying, “It doesn’t seem to matter.” Before her sentence was read, Monica spoke to the family of Haney, who disappeared in 2013. She stuck to her claim that she did not feed his remains to her pigs, but rather found Haney in a state near death, disemboweled, and in her Oregon pig pen being eaten by her pigs one month after he went missing, and could not bear to phone his family to tell them of their loved one’s sad demise. Monica claims that she was forced to shoot the handyman to end his suffering; a defense which is not acknowledged in Oregon. 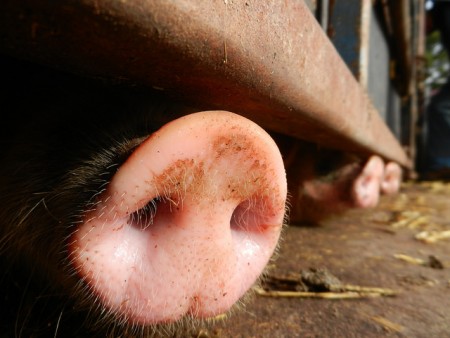 She defended herself in the murder of Delicino by saying that she killed him in self-defense with five shots to the head as the two were struggling in her barn. The final account of Delicino’s death came only after Monica had already claimed that the man committed suicide by shooting himself in the head five times. The jury took little time in rejecting both of her stories. The 10 men and two women needed only about one hour to elect their foreperson and decide on a verdict.

Prosecutors arguing the case focused on the varying accounts of the murders given by Monica, which seemed to line up with what investigators had discovered or were about to find. Her attorney, Christine Herbert, admitted that representing Monica was difficult because she seemed unable to remain silent. After her arrest, the Oregon woman sent letters to the local newspaper and even wrote “from Jackson County’s sweetest murderer, Susan Monica” on a fellow inmate’s birthday greeting.

Monica’s attorneys acknowledged their client’s odd behavior at times, which included threatening to kill people and then feeding their remains to her pigs. Said Herbert, “Just because Susan Monica is different and strange and weird doesn’t make her a murderer.” No more was this oddness on display when, as the jury was getting ready to retire for deliberations, Monica rose to her feet, asking the judge to allow her to show the jury, in an attempt to match the evidence presented in court, how, in fact, she had shot Delicino in the head. Although Barnack tried to ignore her, Monica raised her hands in the air, saying, “I held the gun like this,” before being escorted out of the courtroom.

Not even two hours later, Monica returned to court to hear the jury’s decision and to learn her fate. Barnack then sentenced the Oregon woman to consecutive life terms with a minimum mandatory sentence of 25 years for both murders. On her other convictions, she was credited for time served in jail. Although Monica attempted to fire her defense attorneys mid-trial for wanting to look for records of any past mental health issues, according to Herbert, she plans to appeal her conviction for killing two men and feeding their remains to her pigs.