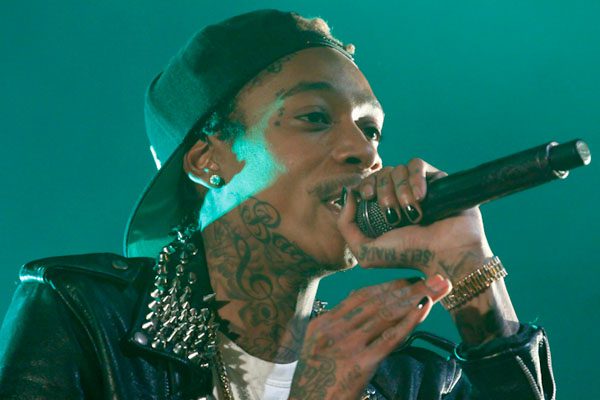 Rapper Wiz Khalifa hit Number One on the Billboard Top 200 chart with his Furious 7 smash, See You Again, a tribute to Paul Walker that closes the film. The song is on the Furious 7 soundtrack. The last time that the musical artist landed at Number One on the Billboard charts was almost five years ago, with the memorable song, Black and Yellow. He collaborated on the song with newcomer, Charlie Puth.

Charlie Puth had already co-written and recorded the chorus of the song See You Again, previous to it being brought to Wiz Khalifa’s attention. Initially, Khalifa was asked to provide a verse to the song. He recorded the verse at Snoop Dogg’s house in his recording studio in just three quarters of an hour. Somebody who heard the verse must have thought it sounded great, because Wiz Khalifa was then asked to rerecord the verse he had written and come up with an additional one, to go before it.

Everything seemed to fall in place for Wiz Khalifa, as he found himself co-writing and singing a song for one of the hottest movie franchises in history. On top of that, the song was a tribute to a much-beloved actor, Paul Walker, who starred in the franchise and died tragically in a car accident.

Whatever song that Khalifa would have come up with had a pretty good chance of becoming a major hit. Though Wiz Khalifa took a relatively brief time in the writing and recording of See You Again, he still took care to do the subject justice, and make the song a touching and haunting tribute to Paul Walker.

See You Again by Wiz Khalifa and Charlie Puth and the entire Furious 7 soundtrack have taken the Billboard Top 200 chart by storm. The Number One song that See You Again knocked out of the top slot had been Uptown Funk by Mark Ronson and Bruno Mars. That song had been at Number One for 14 weeks. Also, at Spotify, See You Again was streamed 4.2 million times in a single day, easily making it the most-streamed song ever.

What is more, according to Nielsen SoundScan, the Wiz Khalifa and Charlie Puth collaboration has had 721,200 paid downloads so far. Talk about money in the bank. Wiz Khalifa is taking his good fortune in stride, and when he was phoned about the news that the song hit Number One, he said he would probably celebrate by going out to “get some dinner or something.”

Rather than making the lyrics of See You Again about a specific person, Wiz Khalifa just wanted to make the song easily accessible to a wide audience, who could identify and connect with the sentiments Khalifa expresses as he sings and raps. As he stated in a recent interview, he wanted to make it a type of “celebratory song,” about friendships that stand the test of time and about moving on when the time comes for all of us to do so. Wiz Khalifa said he wanted the song to be one of “hope, instead of just being sad.”

Coming in at Number Two on the Billboard charts, with an impressive 111,000 equivalent units sold, was the album Future Hearts by All Time Low. Those kinds of numbers would generally place a song into the Number One spot, but not with the success that the Wiz Khalifa and Charlie Puth collaboration, See You Again, has been having as a part of the Furious 7 soundtrack.

Soundtracks have been enjoying a high rate of success at the Number One spot on the all-genre Billboard Top 200 charts of late. The Furious 7 soundtrack, with See You Again by Wiz Khalifa and Charlie Puth  on it, is the fourth one to hit Number One in the past year alone. The first soundtrack during the last 12 months to have attained that distinction was Frozen‘s, followed by the soundtrack of the science fiction Marvel comic book flick, Guardians of the Galaxy, and then, most recently, by the soundtrack of the TV hit series, Empire.

Yet another soundtrack rose to the Number Three spot on the Billboard Top 200 chart this week, the soundtrack of Fifty Shades of Grey. It managed to climb six places in the chart, and sold 47,000 equivalent units. Jumping from Number 11 to Number Four on the Billboard chart was the Maroon 5 album, V, with 44,000 units having been sold in the past week.

The Top Five was rounded out by Taylor Swift’s mega-hit album, 1989. This past week marked the 24th consecutive week that the album has been in the Top Five of the Billboard chart.

At Number Six was the album In the Lonely Hour by Sam Smith, while To Pimp a Butterfly by Kendrick Lamar dropped three spots from Number Four to Number Seven. It sold 41,000 equivalent units. If You’re Reading This It’s Too Late, Drake’s latest album, rose from the 14th spot to Number Eight, selling 40,000 units.

The Billboard Top Ten was rounded out by the album X by Ed Sheeran at Number Nine, with 39,000 copies sold, and Title, by Meghan Trainor, with 34,000 copies having been sold.

With Furious 7 continuing to dominate the box office, it is likely that the movie’s soundtrack, featuring the Wiz Khalifa and Charlie Puth hit, See You Again, will remain at the top of the chart for at least another week, if not longer. By making the song one that a wide audience of people can easily relate to, Khalifa and Puth have come up with one of the most popular soundtrack songs ever written.