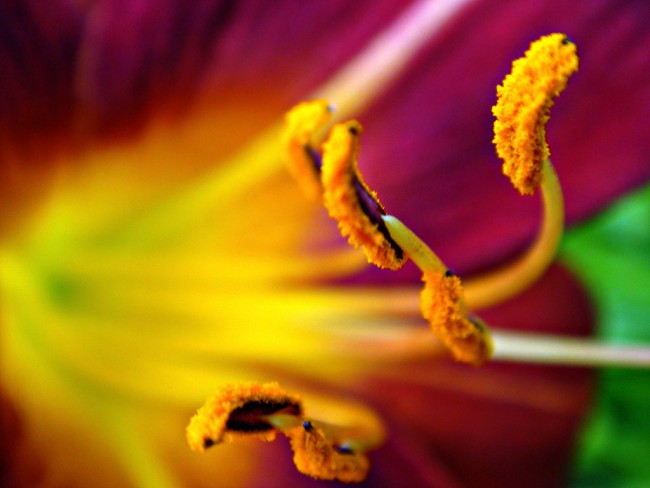 As late spring arrives, and summer just around the corner, there is an allergy alert that warns of pollen being everywhere. This year many people with allergies have had stronger symptoms than ever due to the amount of pollen scientists have found in the air. Sources have said that due to many states and cities having little rain, the debris is not being washed out of the air. Nasal congestion, itchy-watery eyes, sniffles, and coughing are all symptoms of people suffering from a reaction to the tiny particles.

Grass, trees, and weeds, release tiny particles of yellow dust into the air every autumn, spring, and summer. The particles are designed to fertilize plant parts, but sometimes find their way into the noses and throats of the human body instead, which prompts the seasonal allergic reaction rhinitis, called pollen allergy. Pollen is produced through plants, and it is a microscopic oval or round grain. Some plants use the grain to fertilize itself, while other plants are cross-pollinated, meaning the grains must be moved from one flower to another for fertilization to occur and form seeds. However, insects play a role in transferring the grain to other plants, but some plants depend on air currents as its primary way to be transported.

Late spring is the time of year when yellow dust from the trees and summer grass combine and release out into the air. Throughout the U.S. many people suffer from Hay fever, and this year alone hundreds of thousands of New Jersey citizens have suffered from the respiratory disease. Agriculture agent of Monmouth county, Bill Sciarappa, told Courier Post, the amount of tree pollen in the air this year has been very obvious and large, and it is affecting more people. He also stated, as turf grasses and wild bluegrass begin to blossom it is causing a mega-pollen tsunami. According to nynjpollen.com, the amount of tree dust particles that was reported last Thursday, May 21, was about 4,852 grains per cubic meter.

If a person with allergies inhale  the dust, their immune system begins to fight by misinterpreting it as antibodies that do not belong. The Department of Health, told sources that the allergy alert of the high amount of pollen in the air is everywhere. Numbers are really high because the months of February and March were very chilly, and repressed the release of the tree and grass to disperse the yellow dust particles. As the weather began to warm up the pollen was released in a storm because all of the plants began to blossom at once rather than individually, as they have done in the past. In Rochester, New York, Dr. Donald, immunologist, and Asthma Allergy Immunology of Rochester founding partner, told Democrat and Chronicle, once the warm month of April came along, cars, streets, and buildings were covered in the yellow dust.

Democrat and Chronicle has published the recorded amount of pollen that has been measured over the months of February, March, and April. Results have indicated that the cold temperatures kept the grains low, but once the temperature rose the amount has stayed high and continues to grow.

As summer comes along the allergy alert of pollen everywhere will continue to rise, unless rain comes along and washes it out. It is best to get a thorough test from a specialist or doctor to determine if pollen allergy is the only thing that is causing any allergic symptoms. A few ways to keep away from the symptoms of itchy, watery eyes, and runny nose are listed as follows:

2) Wear a filter mask if gardening tasks must are handled

3) Shower and wash hair daily to remove any particles that may have landed,