Are Kids With Autism Something to Be Feared? 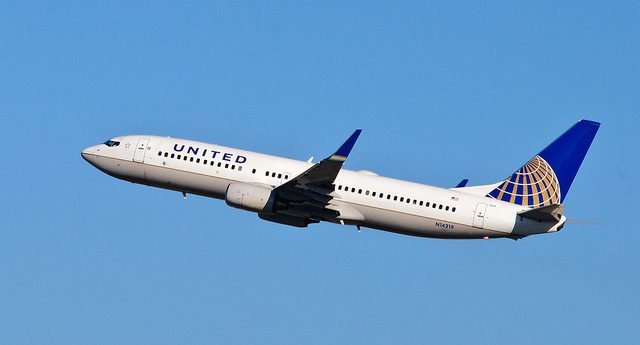 Are kids with Autism something to be feared? Most would say not, but with a recent mishap it seems that some at United Airlines might disagree. One such flight recently made a special stop to kick off a girl, with Autism, and her family from a flight that they were taking. The pilot deemed the girl fussy and disruptive to the flight and passengers, according to sources, but the mom is now lashing out against United Airlines for their “fear” of Autism.

Autism is a condition that is not completely understood by all. Though the United States spend billions for assistance and education with Autism in children and adults, many still shy away from those who have the condition. Its unconfirmed theories, such as the belief that the Measles vaccination causes Autism, has caused many parents to find ways to actively try and keep their children from getting the disease, even if ignoring doctor’s orders. Of course, no parent would want their child to get the disorder, but for those parents whose children do, it is a constant battle.

Autism is a disorder that affects the ability to communicate, but for those who do not have it communication should be easy. However, one Oregon mom is very upset after she tried to communicate to those aboard a United Airlines flight about her daughter’s desires that were not being met, only to later be kicked off the plane after her daughter got a little upset.

Juliette is a 15-year-old girl with Autism, who was taking a flight with her family from Florida back to Oregon after a trip to Disney World. This was not the first flight that Juliette has taken. According to the Beegle family, their daughter has actually traveled to 22 different states and Europe, before. However, during this flight the girl became hungry but is very picky about what she eats. The mom, Donna Beegle stated that she ordered her daughter a warm meal, after much fight with the staff.

She stated that at first she asked if she could buy a warm meal from first-class but the staff refused to make an exception. As she tried to explain her daughter’s needs to the staff on board, she finally was able get a meal. Donna said that her daughter ate the meal and calmed down to watch a movie. However, sources state that the staff’s fear of children with Autism caused something of a problem for the Beegle family about a half-an-hour after that.

The pilot made an announcement that the plane would be stopping in Salt Lake City for an emergency landing so that a passenger with a behavior issue could get off of the plane. Paramedics attended the flight when the plane landed but stated that the pilot was overreacting and they refused to take Juliette off of the plane, at first. The pilot stepped out to talk to the paramedics, who were upset because they stated that they had “real work” to do.

In the end, however, the fear of Autism won and Juliette and her family were kicked off of the United flight, after police were called in. They had to take a different flight to their hometown. The mom stated that passengers aboard the plane were telling the police to leave the family alone and testifying that the girl was no problem.

The mom has now waged a battle against the fear of Autism and has even started a lawsuit against United Airlines. Many believe that she could win, as the pilot had no real reason to land the plane, as the girl did not cause any problems aboard, other than just getting a little upset at not being able to get a meal when she was hungry.

Are children with Autism something to be feared, or did the pilot simply overreact? Many are joining Donna and Juliette’s side, but with much still to learn about Autism, despite the discoveries that researchers have already made, the fear about the condition still exists.

One Response to "Are Kids With Autism Something to Be Feared?"