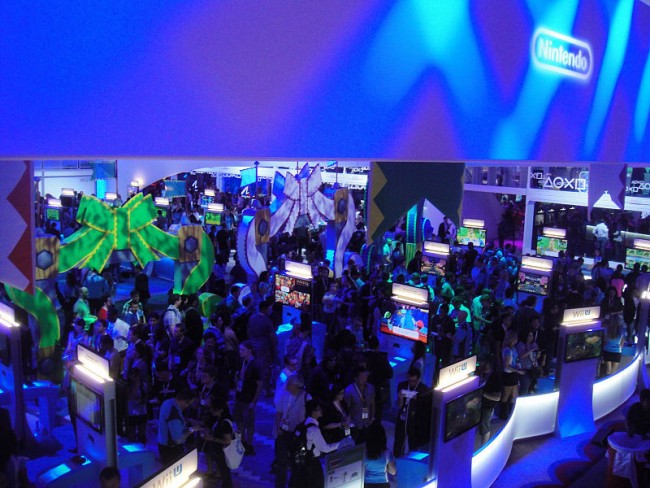 The Electronic Entertainment Expo of 2015, which is also known as E3 is scheduled for June 16 through June 18 of this year. This is the 21st year that this event has been held. E3 is a trade show for the computer and video game industries. The event will be held at the Los Angeles Convention Center in Los Angeles, California. Companies such as Nintendo, Sony, Activision, Microsoft, and many more will be attending the event and exhibiting their products. These companies have an opportunity to get their products out there, and this event helps them to put their new products in the spotlight. Many of the big name companies in the gaming industry attend this event every year and will continue the tradition this year.

Never before seen products, new companies, and new technologies will be showcased at E3. The event will connect the best and most creative minds in the entertainment industry. People from over one hundred countries will be in attendance, including top computer and video game companies, industry and media analysts, and even business partners. This convention is open to all visionaries, experts, and entrepreneurs from all over the entertainment industry.

ESA owns and operates the E3 expo. This company helps to meet the needs of other companies that produce video and computer games. The ESA provides such companies with an anti-piracy program, research for consumers and business research, as well as property protection services. The goal of ESA is to be a support system for companies and help them to showcase their products to increase their overall productivity.

Unfortunately, E3 is not open to the public and only people who are professionals in the gaming industry are permitted. E3 is a trade event and only professionals from the interactive entertainment industry will be allowed to attend. These professionals are required to provide documentation of their affiliation with the gaming entertainment industry. An official government issued ID is required to get into the E3 event.
Heavy stated that this year is expected to be the biggest and best E3 yet. Bethesda and Square Enix are supposed to be holding their own press conferences this year and the article said that many are excited about this. The article went on to say that there will be a PC Gaming Show. Many feel that this is generally ignored at the event so people are excited about this as well. Many popular companies have already announced their plans of holding press conferences. All of the attendees are in for a treat this year,the article states, in that companies that have never held press conferences before will be holding their own, and newer companies will get the chance to showcase their products for all to see.
The Needs website mentioned that people have a lot of expectations for this year’s E3 event. The hope is that a lot of new games will be released after the event is over and that E3 will pave the way for additional releases. Some are looking forward to any information that they can get on Batman: Arkham Knight, which is set to be released days after the convention concludes. Many are also curious about the game Mirrors Edge 2 which has an early 2016 release planned. Some also want any details that they can get about the game Rise of the Tomb Raider.
The upcoming Assassin’s Creed is also of interest to many and they want to know a lot more than they currently do. The hope is that E3 will provide answers to their many questions. Halo 5 and Star Wars Battlefront are other titles that have people talking according to The Needs, and these individuals hope that the event will shed some light on these games and what they will be about. The upcoming E3 convention is just around the corner in June, and people in the electronic entertainment industry have both opportunity and new information awaiting them.
By Heather Granruth
Sources:
The Needs
E3 Expo
Heavy
IGN
Photo By Conmunity Pop Culture Geek’s Photostream -Creativecommons Flickr License