Earthquake Galore: Nepal and Japan Both Hit in the Last 24 Hours 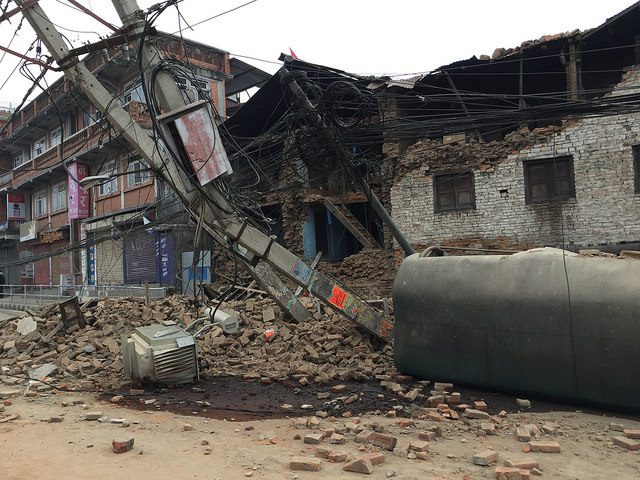 Less than a month after the devastating earthquake measuring 7.8 took more than 8,000 lives, another earthquake struck Nepal. The 7.3 quake had its  epicenter near Mount Everest and the aftershocks were felt all over north and east India, Afghanistan, Bangladesh and Tibet too. On the same day as Nepal, Japan was also hit by an earthquake of magnitude 6.8 off the island of Honshu. A tsunami alert has not been issued yet, but aftershocks are expected.

This earthquake is the precursor to a much larger earthquake, according to Japanese researchers who have been studying seismic activity under the ocean. Shallow, slow earthquakes were detected under the sea, along the trenches. Researchers had warned of a possible quake and possibly a mega earthquake occurring off the coast of Kyushu, a region known for its dangerous volcanoes.

Why so Much Trembling?

Nepal and Japan both lie in very seismically active zones and that is the reason why they are experiencing these earthquakes. Nepal lies in the Himalayan region where the last earthquake happened 80 years ago. The Himalayas were formed when the Indian plate collided with the Eurasian plate and every time the plates collide, the friction generates energy which builds up and is released as an earthquake. Seismologists say that the Apr 25 quake did not release all the pent-up energy and there is a potential for much larger quakes to hit the region in the future, possibly a magnitude 9 earthquake.

In the last two weeks also, there have been nearly a 100 aftershocks felt in the region. Today’s earthquake too would result in aftershocks according to researchers.

Japan lies in a zone of extreme crustal instability. It sits on three continental plates, the Pacific, Eurasian and Philippine Sea plates. Whenever any of these plates move, they trigger off earthquakes and Japan accounts for 20 percent of the world’s earthquakes. In fact, earthquakes are so prevalent in the country, that they have their own scale for measuring it, the Shindo scale. Japan also lies in the Pacific Ring of Fire which is known for its large number of volcanic activity and earthquakes. 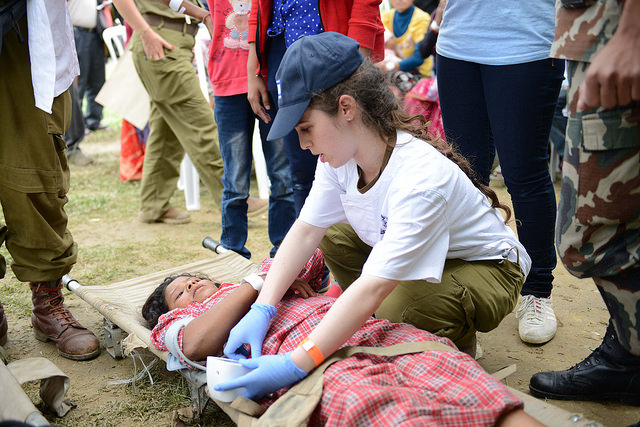 The current death toll in Nepal is at least 42 while 1,117 have been reported injured. In neighboring India and China too, 17 were reported dead. In Delhi in fact, buildings were shaking and the Delhi Metro, the public transit system, had to be halted. Schools and commercial buildings evacuated while people started panicking. In rural areas buildings collapsed and Indian Prime Minister Narendra Modi called for a meeting to take stock of the disaster. Flights traveling to Kathmandu were diverted to India.

In Japan, the tremors were felt in Tokyo, but no deaths have been announced. Some trains were delayed between Fukushima and Sendai prefectures in the northeastern part of the country. This is the same area which was devastated in the 2011 earthquake and tsunami. Nuclear power plants at Fukushima, Onagawa, and Higashidori have reported no abnormalities and continue to function.

According to the United Nation’s Office for the Coordination of Humanitarian Affairs (OCHA), $423 million is needed for relief work in the country, but they have managed to only raise 13 percent of it. The World Food Programme has said that it needs $116.5 million for the next three months as it is providing food and nutrition to 3.5 million people. Till last Friday, the Prime Minster’s Relief Fund had just received $6.75 million.

Many Nepali people had just started piecing their life together when the tremors send them out on the streets again. Even rescue workers were injured and trapped when the quake hit and rescue efforts had to stop because of it. Many foreign relief and rescue teams had departed the country, but the minister of health said that those remaining still have been requested by the government to stay on.

Aid workers are running out of fuel and medicines as the continued threat of further quakes and tremors have led to flights being redirected to Indian airports. Nepal’s main runway was also closed for some time and aircrafts exceeding a total weight of 196 tonnes are not being allowed to land. Foreign aid is also being hindered by red tape in the country as custom officials are taking a long time to clear deliveries of goods.

Some of the houses which had been rebuilt or which had been damaged in the previous quake fell down today. Tents and temporary shelters were also damaged, leaving the people homeless again. There is an acute shortage of tents in the country. Rescue workers are struggling to find shelter alternatives.

Rescue work is also strained because of the impending weather change. As soon as monsoon hits the country, there will be the threat of water-borne diseases. Clean water, sanitation and adequate shelter are needed immediately or the mortality rate might increase. In certain regions, like rural Sindhupalchok, officials have already gone into management mode. They know they cannot do much to prevent a cholera outbreak and are trying to minimize the pain and the death. Small diarrhea outbreaks have already been reported in parts of the country.

The country is poor to begin with and the earthquake has worsened the situation. Open defecation was practiced by 45 percent of the population and making contact with fecal bacteria is even easier during the monsoon.

The risk of landslides in the mountainous region will also delay transportation to the remote areas of the country as limited road access will make it necessary for air support. Earlier, a U.S. Marine Corps helicopter was reported missing in northeastern Nepal while Japan is preparing for the impending mega quake headed towards the island nation.