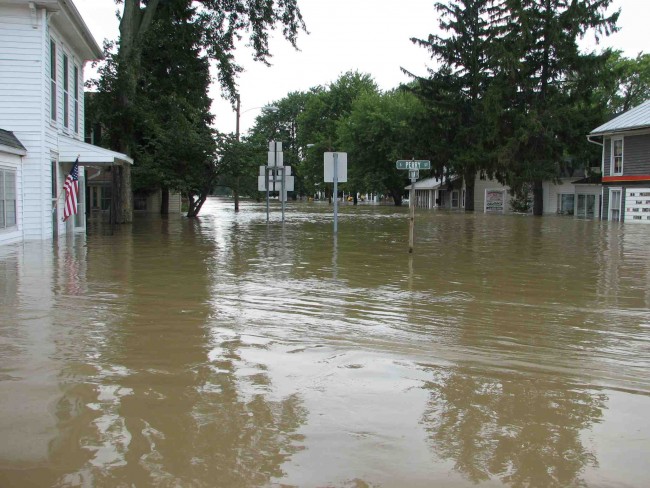 Flash floods in the states of Oklahoma and Texas have caused three deaths; while close to 2000 inhabitants have been forced to escape. The continuous rainfall has broken all previous records, and has caused huge amount of destruction across the U.S. Midwest. This has filled and overflowed the riverbeds which are normally dry and caused flash floods. It has also been spawning deadly tornadoes in the region, and compelled thousands of people to take shelter in safer zones.

Powerful tornadoes struck an apartment complex and causing massive damages to it in Houston, Texas on May 24, 2015. One firefighter was swept away by the flash flood in Oklahoma, causing his death. He was reportedly trying to help and rescue a group of 10 people in the high and rising water. May 23, a 33-year-old woman died after her car hydroplaned in Tulsa, Oklahoma. The third death was caused in Texas where the dead body of a man was found in an area which was flooded close to the Blanco River. The authorities in Texas said that the river rose more than 7.8 meters (26 feet) within one hour of rainfall, and left debris as high as 6 meters (20 feet).

Kharley Smith, Coordinator at the emergency management of Hays County, said that the situation was pretty bad due to the massive destruction caused by flash floods in Wimberley. It is a community which is part of a developing region which connects San Antonio and Austin. She said that there were just a few houses left on entire streets, while the rest have just turned into slabs. Many homes out of about 400 that got wiped out in Wimberley had been washed away due to the massive flooding. Smith informed that many people were still missing, and search operations were on. 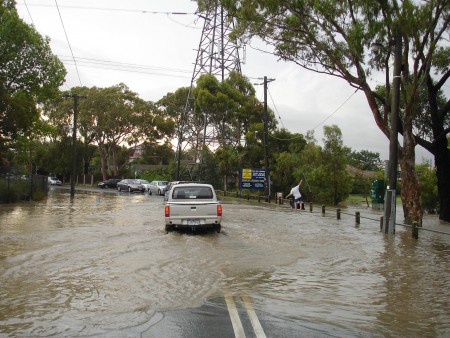 Another coordinator at emergency management in the neighboring San Marcos, Kenneth Bell, mentioned that the destruction in Hays County alone could possibly amount to millions of dollars. Authorities in the region have said that more rain could be expected, and the threat of more flash floods loomed large in the region as the waterways are already overflowing and the ground is saturated. People in the region have been asked to stay clear of the damaged areas, and to honor the curfew imposed during night-time.

The speed at which the rivers rose has astounded the authorities, as well as the search and rescue staff. The Blanco rose a total of more than 12 meters (40 feet), which is more than three times its flood level of 3.9 meters (13 feet). This completely swamped Interstate 35, causing many areas of the extremely busy north-south freeway to be shut. Rescuers used a helicopter and pontoon boats to rescue people. Flash floods in the states of Oklahoma and Texas have forced close to 2000 inhabitants to escape, while three deaths have been reported so far.

The city of Dallas, Texas also saw the Trinity River getting severely flooded. As per the forecast, the river is expected to rise close to 12 meters (40 feet), which would engulf an industrial zone. Waters of the Wichita and Red rivers rose well beyond flood stage. May 2015 has been the wettest month on record with many cities in the southern states being flooded, with a week still to go, and a forecast of more rain on those days. Oklahoma City has already received 69.52 centimeters (27.37 inches) of rainfall in 2015, as compared to 10.9 centimeters (4.29 inches) in 2014.

Forrest Mitchell, Meteorologist at The National Weather Service office in Norman, Oklahoma said that the cause for such incessant rainfall can be attributed to the extended duration of warming of the surface temperatures of the Pacific Ocean. This normally results in cooling of air temperature after being joined by an active jet stream from the southern areas. Apart from this the enormous amount of moisture being carried from the Gulf of Mexico could be the cause of the flash floods in the states of Oklahoma and Texas that have resulted in three deaths and forced close to 2000 inhabitants to escape.

One Response to "Flash Floods in Oklahoma and Texas: Three Deaths, 2000 Forced to Escape"