Greece May Go Bankrupt Within a Matter of Weeks

By Heather Granruth on May 24, 2015Comments Off on Greece May Go Bankrupt Within a Matter of Weeks 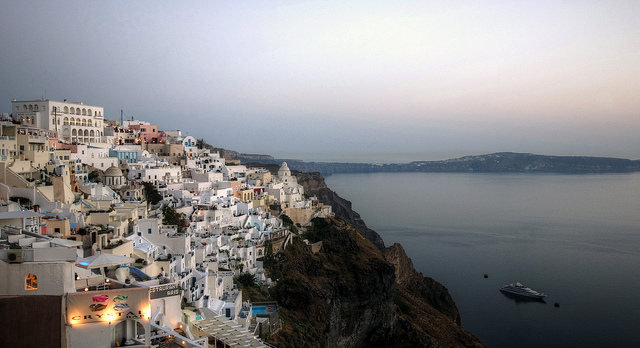 Greece is experiencing a major financial crisis and it is one that is more serious than anything the country has faced in recent years.  Greece’s Prime Minister stated earlier in the week that the country is in a state of financial ruin and people are worried that Athens, which is the country’s capital, may soon face bankruptcy. The country is so strapped for cash that the fear is that Greece may go bankrupt within a matter of weeks.

It was also stated that Athens will not be able to make the scheduled payment to the International Monetary Fund which is also known as the IMF. Minister Nikos Voutsis said that the amount that is due will not be paid because the country just does not have the money. The amount that is due in June is 1.6 billion euros which would be $1.8 billion in American money. Voutsis did mention that negotiations were taking place between the country and its creditors despite the lack of funds. He believes that the agreement made will be a strong one.

Athens owes the International Monetary Fund four installments to pay off its current debt, however, no other countries will aid in its bailout. The country desires to make the necessary payments and put an end to their financial crisis once and for all, but the country just does not have to funds at present to pay off its creditors. This is a very serious issue and officials in Athens are making every effort to ensure that the country does not go bankrupt in the time span of a few weeks.

Greece was forced to accept a bailout deal back in 2010 because of its financial instability. The country had been majorly overspending, and its people have been living far beyond their means for quite some time, according to The Huffington Post. The deal made with the IMF involved law-makers and public-sector workers having to take pay cuts. Cigarettes received higher taxation as well as gambling, fuel, and even basic luxuries. The retirement age for women working in the public sector was also raised. The deal that was meant to bailout the country actually seemed to put it more in debt and its people definitely felt the effects and continue to feel them.

CNN Money said that Greece had a choice between saving the country or letting it face destruction, and they chose to save the country. The deal made in 2010 with the European Central Bank, The International Monetary Fund, and The European Commission was for 110 billion euros which is $146 billion in US funds. The money was supposed to be dispersed over three years with 30 billion made available in the first year. The goal was to help restore the financial stability of a country that had been struggling for a decade. The country was in dire straits and the bailout was put in place to give Greece a chance to overcome the issue and gain confidence again as stated in an article for CNN Money.

Greece’s debt in 2010 was estimated at 300 billion euros or $394 billion in US dollars. The debt was and still is bigger than the country’s economy. The government was facing large deficit and humongous debt then and still is. The debt continues to threaten the stability of the euro which is used by as many as sixteen countries throughout Europe, including Greece. The huge debt that is owed and the fact that there is no money to pay it off is what could send the country into bankruptcy and subsequent financial chaos.

According to most reports, Greece is determined to make a deal with its creditors to avoid bankruptcy. The country is in talks with the IMF, European Union, and European Central Bank to disperse the final 7.2 billion euros or $7.9 billion US dollars that is currently being blocked. These are the remaining funds that are part of the overall bailout plan. These funds are blocked due to Greece’s inability to make its repayment. The creditors require the country to meet certain demands in order for the rest of the money to be given, which include tough reforms, spending cuts, pension cuts, and massive layoffs. If the country cannot meet these demands and make the necessary budget cuts that are estimated at five billion euros, then a deal will not be made with creditors and the country will surely face bankruptcy.

Greece may be facing a serious financial crisis but officials are determined to strike a deal with creditors. The country knows that bankruptcy is in the future if the situation is not resolved. Greece and its people are determined to do what is necessary to fix this problem because if they do not the country could go bankrupt in a matter of weeks.

The Telegraph: Greece to Miss IMF Payments Amid Fears of Catastrophic Eurozone Rupture

NPR: Greece Warns That it Will Probably Miss Next Month’s Debt Payment