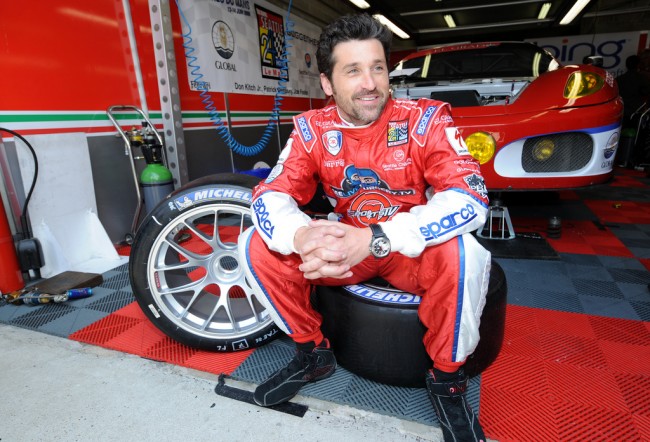 Grey’s Anatomy‘s cast is changing once again, and the viewers are wondering why. Who is going and who is staying are the big questions. After 11 very stellar seasons, the show is still going strong and will most likely go on to season 12 because there is still a lot to say.

Two characters who have been with the show since the beginning have decided to leave the show in season 11. Everyone’s favorite Dr. McDreamy, aka Dr. Derek Shepherd, has now been killed off the show in episode 23. Rumors have been flying around for a while that actor Patrick Dempsey was leaving, which was hard to believe until the very dramatic recent episode where viewers watched with eyes wide open as the show’s most character and neurosurgeon was struck by a semi-truck. The first reaction was shock, followed by frustration that the show invested so much time in developing this character and then decided to let him go. Grey’s Anatomy‘s Patrick Dempsey is now gone but not forgotten, following the most recent episode consisting of a dramatic, final goodbye to Dr. Derek Shepherd.

After 11 years on Grey’s Anatomy, a popular character is now dead and it is time to move on. Dr. Derek Shepherd’s on-screen wife was left to say a final goodbye. After his dramatic on-screen death, the audience response was very worked up on many levels. Emotions are still running high, and there is a lot of feedback to the show’s writers and to Dempsey.

First, the shock of losing such an important character has brought on an amazing online response from the fans. An online petition to bring Dempsey back has floated around the internet. It is very apparent that the viewers are not willing to let go of this character, and are not ready to say goodbye after 11 years of watching Derek Shepherd perform amazing surgeries and give brilliant medical insight. The reality is that this is just a show and he is just a character; there is nothing real about it, but the level of emotions involved is outstanding. It is exciting to get this level of response, and surely Dempsey is thrilled to have such an amazing fan base. The actor has put an amazing performance into Grey’s Anatomy for the past 11 years and will be terribly missed; indeed, the fans fighting to get the actor back is proof of that.

Even though the Grey’s Anatomy cast and crew will miss the actor and his contributions to making the series such a success, it is time to move forward and the show will go on. The writers of the show plan on adding “fresh new meat” to the cast, one of who has already walked into character. This new addition is named Jason Wylie, played by Joe Adler. Jason will play a new intern entering the program. The second cast member is Giacomo Gianniotti, and no details on his character have been given. McDreamy’s character is gone but not forgotten, he will always hold a place in the cast’s memories. This is especially true for his on-screen wife, Meredith Grey. Derek and Meredith were the heart of the show,  since the very first episode started out with their steamy love scene and every episode since has encircled the status of their relationship. Grey’s Anatomy’s dramatic final goodbye to Dempsey will always be remembered.

It was Dempsey’s decision to leave the show, as the actor states he would like to pursue other interests. Currently, it is rumored that Dempsey is in talks with NBC regarding a new spy show; however, no details have given. It seems the actor may not be ready to leave TV just yet. The actor has had a successful career with on-screen movies like Can’t Buy Me Love, Loverboy, and Maid of Honor, therefore there may be a lot more movies in his future. The 49-year-old’s future is totally open for exciting opportunities, and he would like the chance to explore them.

Grey’s Anatomy‘s final goodbye to Dr. Derek Shepherd, was indeed the most dramatic one in the show’s history. Hopefully, the fans will understand the actor’s decision to leave and will get the opportunity to watch Patrick Dempsey pour his heart and soul into his next project.

‘Grey’s Anatomy’ Sends Patrick Dempsey Off With a Dramatic Final Goodbye added by Elina Brik on May 7, 2015
View all posts by Elina Brik →