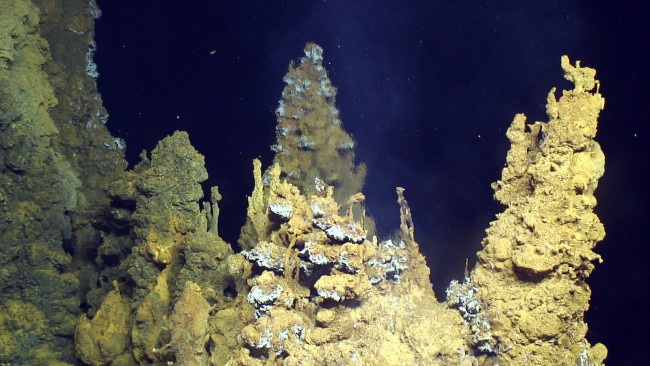 On Wednesday, May 7, 2015, a group of scientists announced that study conducted that attempted to observe life deep in the Atlantic Ocean near the Arctic Circle, where they discovered microorganisms that they called the missing to the scientific timeline of evolution. They stated that the microbes could produce more evidence of how simple cells evolved into more complex life forms around two billion years ago. The study was published in the latest issue of the journal Nature.

The researchers found the group of microbes that are called Lokiarchaeota (Loki) that were collected from a cold and dark seabed nearly 2.35 kilometers under the surface of the Atlantic Ocean in the areas between Greenland and Norway. They were located in an area of a group of hydrothermal vents that provide heat to allow the organisms that live in that ecosystem to exist that far beneath the surface.

The Loki microbes were found in an area called Loki’s Castle, geothermal vent that releases fluids from deep inside the Earth that have temperatures upwards of 300 degrees Celsius. Scientists stated that they are still baffled how the microorganisms thrive in an uninhabitable, oxygen-starved location in seabed sediment layers.

The Loki microbes are a part of a specific group of microorganisms called Archaea. These organisms have a relatively simple cell structure, lacking an internal system such as the nucleus. Researches discovered that the Loki are very similar to eukaryotes and share multiple types of DNA code. Moreover, the characteristics of the cell membranes are nearly identical.

The genes that make up the Loki microorganisms could have provided the necessary chemical compounds to allow the organisms to engage in evolution to achieve a greater cellular complexity. According to Lionel Guy, an evolutionary microbiologist at Uppsala University, bacteria and Archaea, other forms of microbes, spawned into prokarotes, which have a much more complex cellular structure and more complex characteristics.

The team stated that the new findings will provide more evidence of how the building blocks of carbon-based life were formed. The first microbes to inhabit the Earth are said to be cyanobacteria, followed by more complex eukaryotes. Thijs Ettema, co-coordinator of study, stated that scientists have always been interested in answering the question, “Where do we come from…from what type of microbial ancestor we descend.”

The Loki microbes could be the missing link in the evolution of more complex microorganisms and into intelligent life forms. Ettema stated, “a missing piece of the puzzle…prokaryotes – to complex cells – eukaryotes, which include us humans.” The vast diversity of plants, animals, and other kingdoms of life spawned from the ancient microbes. Scientists have stated the first signs of single cell organisms appeared around 3.5 billions years ago. Around 1.5 billion years later, more complex microbes were formed through the process of evolution.

Guy explained that one of the toughest questions to answer is how the complex cells originated on Earth a few billion years after the planet formed. The Loki could be the possible missing link in the studies and research that has been done on the timeline of evolution to the intelligent life that thrives on Earth today.