Indianapolis 500 99th Race Expected to Be Fastest Ever 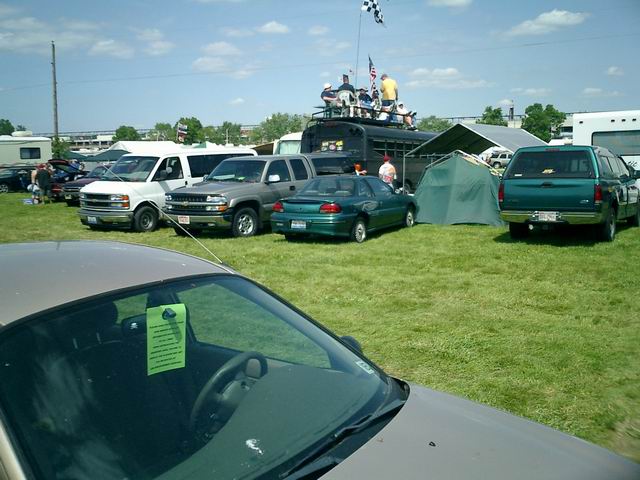 The 99th annual Indianapolis 500, which will be held this Memorial Day weekend is expected to be the fastest race ever. Held at Indianapolis Motor Speedway in Indianapolis, Indiana, and attended by over 350,000 people, it has been known as the most attended day sporting event in the world. This year’s event – one shy away from the event’s centennial will be sure to draw in record crowds, in addition to setting new records over previous marks and traditions. Jim Nabors, who has sang the Indianapolis 500 traditional track, Back Home in Indiana, over the past several years will be replaced by Street No Chaser, an a capella group from Indiana University. In addition, there will be an introduction of newly designed ‘Indy racing machines,’ courtesy of Honda and Chevrolet. These racers are expected to surpass the speed mark of 237.5 miles-per-hour, where it has stood for almost 20 years.

Indianapolis, in addition to hosting the Indianapolis 500 each year, hosts several other high profile sports events in the country, including some Super Bowls, the NCAA Final Four once every four years for both men and women, and the annual NASCAR race. The city’s downtown area is a popular destination for its hotels and restaurants, and is located in close proximity to the sports centers. Its newly built airport and traffic flow provide tourists with ease in getting to and from its events.

Unlike some of the city’s other events where it is very easy to miss out on that last ticket sale, the Indianapolis 500 never really sells out. Even on the day of the race, one can show up and purchase a general admission infield seat for under $50. The track itself spans over 25o acres and residents of the city proudly boast that Vatican City, the Rose Bowl, Yankee Stadium, and Churchill Downs can all safely fit inside of it. The parking lots at the stadium are large enough to accommodate people wishing to camp out, a practice which has grown more popular each year and sells out in advance as easily as reserved seating which ranges between $50 and $15o, less than the price for a ticket to a Yankee game.

An even more popular experience at the Indianapolis 500 is a practice known as ‘glamping,’ which is camping out in luxurious safari-like tents measuring about the size of a small cottage. Sold in four-night packages, amenities include beds, a dining room and chairs, a private restroom and shower, a grilling station, and a place to charge phones and other electronics. Prices of these packages start at $650 for two single cots, $900 for four cots, and $1,100 for a queen-sized cot. Glamping, has turned out to be one of the most popular options for attending the Indianapolis 500, as it has provided visitors with a great alternative to staying in a regular hotel and eliminated the need for them to travel back and forth, not to mention the exciting experience it itself. Glamping accommodations have already sold out completely for this year, and tickets for this option have already gone on sale for 2016.

The 99th Indianapolis 500 this Memorial Day weekend, which is expected to be the fastest ever, will also be the highest attended as well. There will also be pre-race events, which will be held in the two weekends prior to the one of the main event on Sunday May 24.  While there will be so many records set for this race, an unfortunate one has also broken recent news. 26-year-old IndyCar Simona de Silvestro, one of the drivers schedule to race in the event, experienced a third car fire in her career during practice on Tuesday. The driver said that while on the front-stretch of the Speedway, she tried to upshift her motor, and noticed flames emerging from the motor in her rear view. Unlike her previous two accidents, which resulted in burns on her hands, de Silvestro emerged from this one uninjured, but will not be partaking in the 99th Indianapolis 500 race of this year.