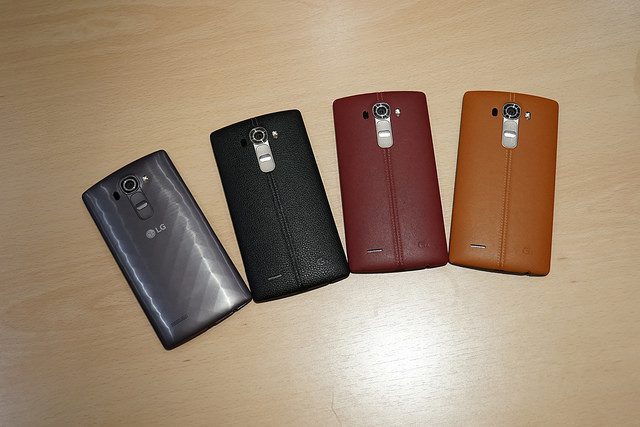 LG G4, the latest flagship by LG Electronics, was released last month, and is so far the most impressive, as it comes with amazing specs and several “firsts.” For instance, it is the first smartphone to provide an option for an exterior of genuine stitched leather and new highlights for its camera. Its shooters take the best photos, even in low light. The handset also provides a micro SD slot to expand data storage, a removable battery and an ultra-high resolution screen.

Apple and Samsung are the biggest names in the smartphone market. Third place, which constitutes less than five percent of the market, is filled with other competing tech companies. LG G4’s manufacturer, Korean OEM LG Electronics, is among them.

To make it different from the offerings by Samsung and Apple, LG gave G4 a premium, high-end aesthetic, plus an optional leather backing. Juno-Ho Cho, LG Mobile chief, remarked that most smartphones look like clones of each other, as he observed in a recent trade show in Barcelona, Spain. He saw that most phones being displayed looked the same, with metal casings and other factors, and just emphasize the thinness of the models.

During the announcement by LG G4, the company implied that fingerprints can mar glass backs, thus, it offers leather finishes. While Samsung’s previous mobile phones have imitation leather on their backs, G4 uses authentic leather with stitching down the center for a chic look.

LG’s message last week is that they are not like the others. While Motorola also offers leather and other non-typical, made-to-order choices on its Moto X, LG has them part of its standard models.

LG G4 camera’s full manual mode allows adjustment of the shutter speed and has light measurement systems, inventive focusing and an F1.8 aperture. While Apple and Samsung also have camera enhancements, like putting a lens on the camera so it can open wider to let light come in and reduce blur, LG adds features to improve low-light images. Its improvements also include an array of manual controls, which make its camera rival single-lens reflex cameras.

LG said no other smartphone this year has that capability, although prior year Nokia phones had that level of control. This feature is useful for experienced and professional photographers, while most consumers are fine with the automatic settings.

LG G4 comes with several firsts, including a Color Spectrum Sensor (CSS) on its advanced camera – the first of its kind in a smartphone. CSS enhances color accuracy by reading RGB values and the object’s reflected infrared light. With this input, CSS adjusts the flash color and white balance to come up with images similar to what the naked eye sees. The feature also prevents whites from appearing dull yellow in photos, and red from looking like bright orange.

LG wants to make G4 distinct from other phones, hence, it comes with several firsts. Its camera pioneers third axis, which means the range of image stabilization is added to by two degrees on the XY axis, which should make floating videos possible. LG G4 was made available on April 29 in its home country, Korea, and is expected to be available worldwide this month or early June.

One Response to "LG G4 Comes With Several ‘Firsts’"