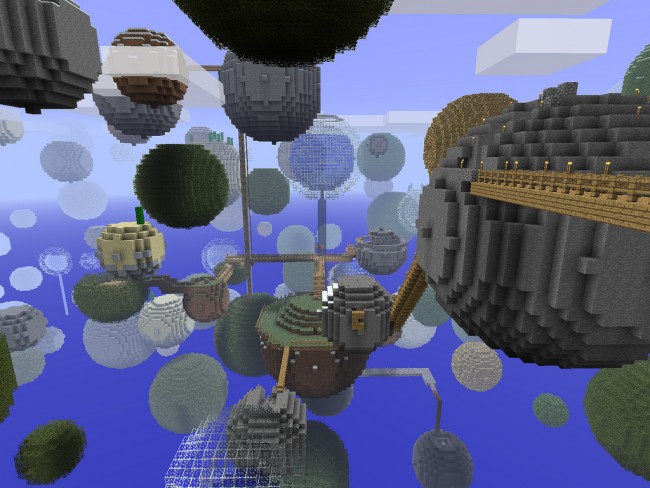 Microsoft Corporation’s Minecraft is a game that allows the player to build objects from pixelated cubes in a 3D atmosphere. It is the most popular streaming game on YouTube and it has been for 10 years, since YouTube was put online. YouTube has over 42 million videos on ‘Minecraft,’ which is also the second most searched keyword on the site.

The full version of Minecraft was released for the computer, November 18, 2011. However, the alpha version was made available in 2009. The game has created a lot of revenue, which easily caught the attention of Microsoft Corporation. In 2014, Microsoft Corporation purchased the streaming game for $2.5 billion.

The game has won many awards and has been featured as the one of the best-selling games at the top of several gaming lists. The game even has its own line of merchandise, including strategy guides.

Microsoft Corporation’s, Minecraft is only limited by one’s own imagination, and squares. People show off their wild ideas on Amazon.com Inc.’s Twitch and YouTube. It is also one of the top streaming games on Twitch TV, where players can make money for their creative design work.

On the 10th anniversary of YouTube, ‘Let’s Play’ day, they released the top 10 video games users have watched on YouTube, since February 2005. Microsoft’s Minecraft stands out, because it is the top game of all time on that list and even though it was still relatively new, it won over most of the mainstream games, like, “Grand Theft Auto”, “Call of Duty” and FIFA.

Google Inc.is researching how videos on YouTube have been trending for its 10 year anniversary. Microsoft’s Minecraft has developed an overwhelming following on Youtube’s website. Google Inc. claims the pixelated block game is the most watched video, even when compared to other platforms, for the 10 years YouTube has been online.

Minecraft was released by Mojang five years ago, after the creator, Markus “Notch” Persson teamed up with publisher Mojang. That grabbed the attention of YouTube’s owner, Google Inc. and powerhouse, Microsoft Corporation. Both of these companies are now benefiting from the overwhelming popularity of the game.

Minecraft can be played by all ages, at all gaming levels. YouTube’s videos will show viewers how to create things. Users can learn how to blow things up and even create bombs that create other things, such as, snow. The popularity of the game does not appear to be slowing down, as a new generation of gamers comes on the scene, Microsoft’s Minecraft seems to be the game most wanted.

Minecraft was a smart purchase for Microsoft Corporation’s wallet, as well, as its popularity, notability and expansion. Games that players choose will depend on a few factors such as, skill, personality, preference and interests, Minecraft is challenging at any level. Minecraft covers a vast group of genres including, imagination, creativity, strategy, adventure, and action, to name a few.

Gamers do not just boast their amazing creations on YouTube. People can share new discoveries, and they are able to upload ‘Let’s Play’ videos to encourage other players to join them on their adventures.

Another credit to Microsoft Corporation is that Minecraft has no competition. It is the only game of its kind.