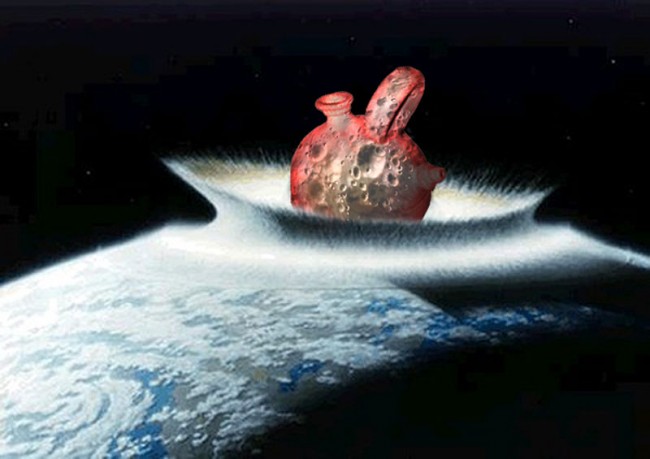 NASA scientists are tracking asteroids in hopes to figure out when and where the impact will be. Despite the extremely advanced scientific technology at their disposal the scientist have not had much success in finding any preventive measures. Once it hits that is the end and it must be very disturbing for those who are aware of this fact and are powerless to stop it.

The new studies of these asteroids has spurred the planning of an in-case-of-impact plan. Included in the plan is the testing of new medical enhancing technology. An example of this is a zombie virus apocalyptic bioweapon. It is very early in stages and not much information is available to the public as yet. The bioweapon scientists are trying to formulate, is technology not just for asteroids but also in case of another world war. Most people speculate that if another world war does become a reality with all of the nuclear weapons the world will end. The use of the nuclear weapons would indeed ravish the Earth and destroy all useable, life-sustainable material. If a new world war does come about, the physical damage alone would be devastating enough, this would be mixed with the emotional aspects of war, loss of life, carnage, and the fear of impending doom.

ATLAS (Asteroid Terrestrial Impact Last Alert System) disagrees with these theories. The group has also been tracking the “Death Asteroids.” According to their calculations these devastating phenomenons should not hit the Earth for another 150 years. They also have equipment that can detect when each size is close. They measure these in killer ratio. They also have early detection based on size. The smaller ones are considered town killers, and can be detected as close as one day notice. The second size is the City Killer which measures out five-Megatons. This size can be detected as close as a week from the surface. The largest on the measurement scale is the 100-megaton Country Killer this asteroid can be seen as far out as three weeks. The ATLAS’s equipment and studies show that the end of the World will not happen due to an asteroid, in this lifetime.

NASA may have different ideas then ATLAS, with so many conspiracy theories that exist, it is very difficult to pin point exactly when or even if the world will end. Science is not exact despite all the break throughs. The Earth can end from a sneeze that can cause a cataclysmic shift dropping California into the ocean. The Earth can end because science accidentally makes a new virus that wipes out human kind. The Earth can end because the natural resources finally wear out and the planet can no longer sustain life. The asteroids can hit or a satellite can fall from space. Whatever the reason be it natural or man-made, one thing can be proven for certain: the most dangerous thing threatening the Earth today is here on Earth. NASA and their sister organizations will keep vigilance and if there happens to be an asteroid or other space debris coming to destroy Earth, humans everywhere will know. Whatever is the cause or whenever the end of the world actually comes about the only one thing can be for certain is it will happen whether humans are prepared or not.

News.Mic: NASA Study Concludes When Civilization Will End, And It’s Not Looking Good for Us

Scoop Whoop: 10 Scientific Predictions That the World Will End

5 Responses to "NASA Scientists Predict End of the World"