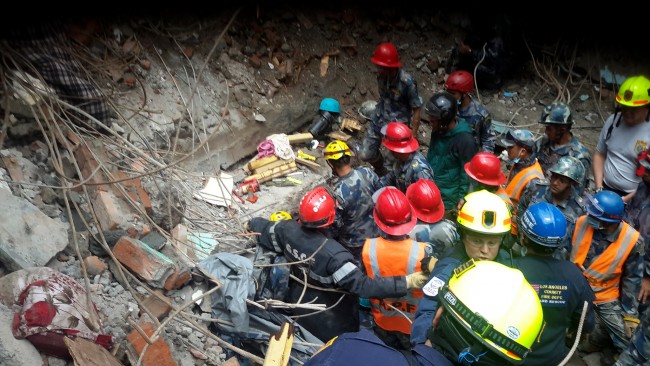 As Nepal tries to gather resources to rebuild itself after the devastating magnitude 7.9 earthquake on April 25, the country is still reeling from the aftershocks. Tremors were recorded on two consecutive days, Saturday, May 2, and Sunday, May 3, across the landlocked nation in the Himalayan mountain range. The tremors have been very strong with the one on Saturday being recorded at 5.0 on the Richter scale. Seismologists and geologists have warned that a massive earthquake like the one which hit on April 25 could cause aftershocks and tremors for up to three months. They have also warned that another huge earthquake in the entire region has been long impending and that could prove to be even more disastrous for Nepal as well as the neighboring Indian states which share the international border.

According to the United States Geological Survey (USGS), a magnitude 5.0 earthquake occurred near central Nepal. The Nepalese city of Pokhara is said to be very close to the epicenter. It is a tourist city which receives millions of visitors every year. The death toll of the earthquake on April 25 has already crossed 6,250. The number of people who got injured as per the government of Nepal is above 14,350. These numbers are expected to rise as thousands of residents as well as visitors are still considered missing. Food and humanitarian aid has only started to trickle through to people who have been left stranded in absolute remote areas, which have got completely cut-off after the earthquake last week. Rescue workers from countries across the world have not been able to reach many far-flung regions of the country due to logistical difficulties. 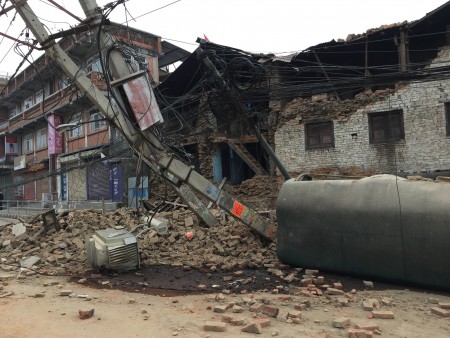 Bodies are still being recovered and pulled out from the debris of ruined buildings that could not stand the jolt of the earthquake. The risk of diseases spreading and epidemics is very real due to lack of vaccines. In the capital city of Kathmandu, many recovered bodies which have been unclaimed so far have started decaying, causing a stench. The officials are undertaking the cremation of those bodies quickly so that they could reduce the stench of the corpses and avoid diseases from spreading. However, as there are hundreds of bodies that are still buried, it has caused the stench to spread throughout the entire areas where the buildings had collapsed. Nepal being jolted by fresh tremors for two consecutive days is bound to cause disruption in the work towards relief and humanitarian aid.

As per the National Seismological Center data, another earthquake of magnitude 4.5 according to the Richter scale was recorded on Sunday, May 3. The epicenter was in the Sindhupal chowk district which was followed by two more aftershocks of magnitude 4.0, both in Gorkha and Dhading districts. The earthquake occurred at 3:29 a.m and its aftershock with the epicenter in Dhading district of Nepal was recorded at 4:25 a.m. After this, another tremor with its epicenter in Gorkha district was observed at 5:57 a.m.

Lok Bijaya Adhikari from the National Seismological Center said that aftershocks following such massive earthquakes, can be expected for weeks. He stressed that people did not need to worry about these tremors. However, it was also reported that the humanitarian aid from many countries around the world has been delayed due to slow custom clearances at the Kathmandu airport. The equipment and supplies are stuck at the airport as Nepal gets jolted by massive fresh tremors for two consecutive days over the weekend.