Samantha Cristoforetti Gets a Taste of Home While in Space 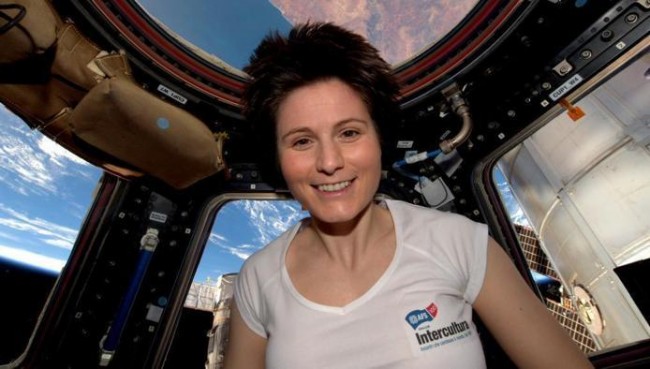 For the first Italian woman in space, Samantha Cristoforetti, getting a taste of home while in space does not come often. As outer-space obviously lacks the same types of luxuries that people can get on Earth, being able to live life in a normal way is not really something that astronauts can do. In an effort to innovate and make life more comfortable in space, however, the National Aeronautics and Space Administration (NASA) has approved a new machine that allows astronauts to make espresso, while in space. This is a big step forward for the agency’s effort to improve space living, and of course, Cristoforetti jumped at the chance to brew herself a cup. Posting comments on Twitter that resembled Star Trek movies, the Italian astronaut put on her Star Trek shirt and took a selfie of her and her coffee. Lavazza, the Italian coffee manufacturer, also Tweeted about the espresso machine’s installation by posting “Today the International Space Station feels more like home.”

Cristoforetti has been on board the International Space Station (ISS) for almost a half-a-year, as she is set to return next week from her six month mission. The astronaut was expecting the arrival of her ISSpresso machine in January, after the experimental machine was created but due to an apparent “shipment backlog” she did not receive it until just recently. Cristoforetti was excited to set up the new espresso machine and she and the other members aboard were excited to taste the warm brew. Though she did not comment on how well she liked the taste, sources state that the fresh brewed espresso had to be better than the instant coffee pouches that NASA sends out with astronauts.

The Italian Space Agency, Lavazza and, engineering firm Argotec, all worked together to create the machine that brought coffee to space. Cristoforetti also tested the American-made Zero-G cup, which is designed to hold beverages in zero gravity, with the coffee that she brewed. The ISSpresso machine is designed to brew the espresso, carefully in zero gravity. After a successful test, the machine will later be made with steel tubes instead of plastic, and carefully brews the coffee inside of a boxed area. The machine overall weighs 44 pounds and looks more like a microwave than a coffee maker. However, after wanting coffee on her missions, Cristoforetti was happy to be able to get a taste of home, while in space.

As the astronaut returns home next week she can come back to enjoy all the coffee she wants, but as she often leaves Earth for her love of space, being able to have coffee in space is something that will help it feel more like home. As space agencies, including NASA, continue to work on and develop ways for people in space to have the comforts of home, the innovations could eventually lead to people being able have “homes” in outer space. As “shipment” also does not seem to be too much of a problem for those in space (as the astronauts aboard the ISS get shipments from the SpaceX Dragon freighter) it could one day be easy for people to live outside of the Earth. Cristoforetti’s taste of home while in space will not be the last, as sources state that more capsules of the espresso are available and waiting, in case the six-man-crew decides they need more.