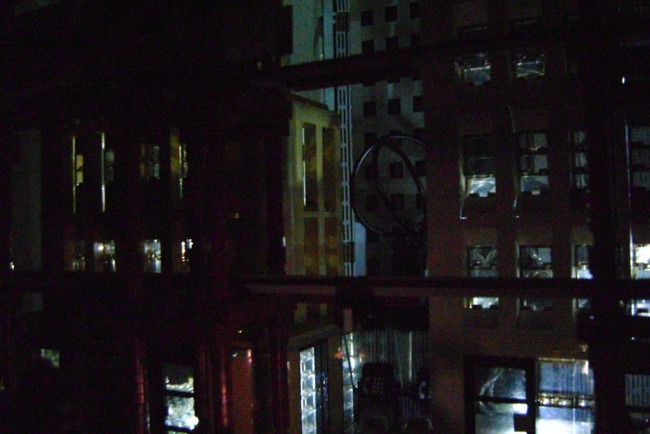 Gotham had a raving start at Fox this past fall, with amazing actors, a respected show runner, and all the popularity of Batman spurring it forward. In the beginning, it was unsure if the show’s tone would take on the darkness of The Dark Knight Trilogy (by Christopher Nolan) or the hilarity that was the Batman era, of Adam West. This is a common dilemma for adaptations of comic books, and it is determined by both the fans and the detractors. It seems that Gotham, has chosen both, and it is working.

On May 4, Gotham aired its season finale on Fox, as well as on the FOX NOW app. In this finale, the variety of political characters will clash; however, with the shoot outs, the spats and the emotional showdown brings with it a certain amount of self-awareness. Gotham is more like the Batman that was directed by Tim Burton, than Nolan’s trilogy, by using large moments to bring a little light into the darkness. Gotham City is a crime ridden metropolis, however the show has more of a pop art portrayal of a city crumbled into a deep void. Its villains are more like exaggerated hooligans.

After an entire season of waiting, viewers have finally seen Batman’s real “Rogue Gallery of Villains.” It is unknown whether this tonal shift was developed, or happened naturally. The actors are slightly aware of how the tone has moved away from the darker tone, that is normal in adaptations of DC comics.

Oswald Cobblepot, played by Robin Lord Taylor said he initially used Bruno Heller’s pilot, and his character’s comic book origin, to infuse the Penguin’s need for power. He then added, aspects of Danny DeVito’s performance, as well as, Burgess Meredith’s, into his character’s personality and behavior. It was the little things, the odd charisma, the glee he gets, and his morbid sense of humor that were taken from previous actors who have played the Penguin.

The evolution of Gotham City has gone through a history of changes. Originally, the city was just one of the many cities that emulated New York City. The first comic was on the newsstands the spring of 1939, but Batman’s hometown did not have a name until the winter of 1940. Gotham then evolved into a city with ports, amusements parks, museums, and prisons.

Gotham did not have a serious impact on pop culture, until 1966, when the Batman television series aired. That city was a shiny West Coast port city. The show was filmed in California, so even though is was the brightest version of the Dark Knight, it worked. Batman fought crime during the day, amid the sun-reflecting skyscrapers. There were oversized signs, and objects used to make it a true comic, and it became the show’s trademark

After 20 years the major city, became a conglomeration of the worst cities in America, with a Midwest/East Coast feel, along with everything else about Gotham, winters were harsh. This is the view of the city that is still seen today. In 1989, it was Tim Burton’s Batman, that brought that dark vision of the city to the audience and it is that dark vision that remains. That dark image also influenced Batman. Burton had Batman in a spiky, black Batsuit, which was similar to that of the Neo-Gothic Gotham from the late Anton Furst.

Burton told Anton Furst that Gotham City “should look like hell burst through the pavement and grew.” A city that was never able to be saved from disorder and crime, a city that did not bounce back to the city of the 80’s. Burton did not want to model the city after a certain time period.

1992’s Batman Returns, took Burton’s idea a little further. Bo Welch added American fun, and an autocratic society to the dark vision. Welch did more with interiors, and gave it a twisted cartoony feel. However, Welch’s grandest contribution was the weather with the new snow, and moving water. It was an expansion of Burton’s Gotham City, that went beyond the aesthetic. Batman is simply another monster, a product of the city, who lurks in the darkness. When Michael Keaton played Batman, he was not a positive role model of goodness and light. Keaton’s Batman, was the Batman truly created by the city’s overwhelming crime, and it is possible that he is not only ruthless, but quite possibly, insane.

Burton’s view of Gotham City was so popular, that in 1992, it was in the comics. The story was called The Destroyer. It details an insane bomber destroys the majority of the famed city.

Batman: The Animated Series held onto this dark vision; however, in this series, not all of Gotham City was corrupt, and Batman had allies. Some of the oversized objects from the classic Batman were also seen again. New characters made appearances in this series, such as, Lucius Fox. This series, to date, is one of the most influential of the Batman character, himself. Alan Burnett, the producer of Batman: The Animated Series, said that his plan was to add onto what was already there, not to reinvent it. Through animation, Batman could be as big, or as subtle as necessary. The show had a “Dark Deco” design that lent a different take on the city. The set pieces could also be destroyed, and created easily, and at will. Eric Radomski, producer, made the call to place all of the backgrounds on black, not white, so that at night only elements could be seen, and the audience used their minds to fill in the gaps.

Batman and Robin lost the dark essence of Batman. Gotham City was new and clean. It was larger, but without depth. The city’s powerful became incompetent, Batman lost his edge and the city lost all meaning, as well as Batman.

Batman movies went forgotten for almost a decade. It was Christopher Nolan who brought Batman back with Batman Begins. Nolan also found a new city, Chicago, to use as a model for Gotham City. This was where the new Batman was recreated. Chicago’s crime and corruption was national news so it was perfect, in 2005.

Nolan brought Batman’s allies from the comics to the big screen. Commissioner Gordon had been replaced by the hard lawman, Frank Miller and David Mazzucchelli’s Batman: Year One. There was no longer a solitary Bruce Wayne, he employed Alfred and Lucius Fox to help him with an appropriate public image. By the time the story ended, Robin and Catwoman would stand at Batman’s side. Gotham City and Batman evolved together. The Dark Knight used multiple locations, naturally expanding the city.

The Dark Knight Rises, continued the expansion. When Nolan’s last film in his trilogy was done, Gotham City had taken on parts of Pittsburgh, Newark, Los Angeles, and New York. Nolan commented in an interview, that the city had always felt like a claustrophobic village, and he wanted to change that feeling. Nolan’s films portray Gotham as more than a city.

In Batman Begins, the city is targeted for being the cause of major corruption. Batman, however proves this to be wrong. In The Dark Knight, the Joker sets off a series of attacks, showing that he is in control, and that the city is hopeless, and that everything can be corrupted. In The Dark Knight Rises, Gotham’s people become Bane’s hostages. He believes that the city’s soul can be destroyed, and Batman proves them all wrong.

The new television series, Gotham, is about the city before Batman lurked in the darkness and on rooftops. Visually, the city  is a fusion of Burton, Nolan, and some of the animated series as well. This has caused the creation of a city that is just beyond reality.

Gotham is filmed in New York, and this was a requirement made by the show’s creative team. Bruno Heller, the show’s writer and executive producer, used the works of Lumet and Friedkin to make his decision. The show has a solid following, and an opportunity to tell the story of Gotham City’s growth, as well as that of those who defend it. It can explain Batman’s reactions, and shine a light on the harsh reality the people of Gotham experienced before Batman was created. In Gotham, Batman has not yet been created, however,and neither has the city that created him.

One Response to "Gotham City’s History"