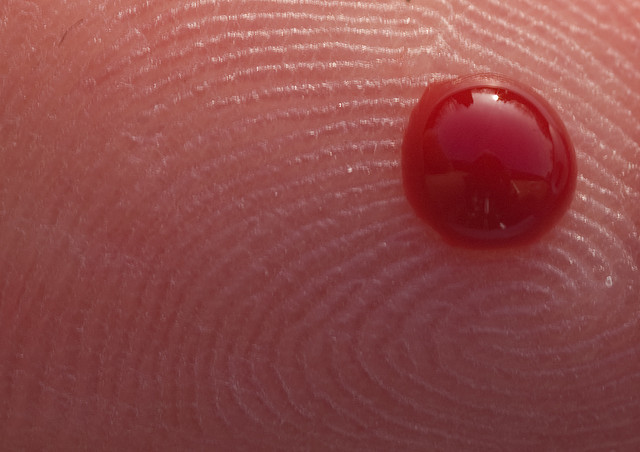 Did the stories and legends of Vampires have it right? Is the secret of a long life found in the blood of the young? Scientist have discovered, through studies over the past few years, that young blood can heal many ailments, at least in mice. One might likely call it, vampire-like healing. Adding to the evidence of this potential vampire like healing is a new study done by Professor Benjamin Alman at the Hospital of Sick Children in Toronto, Canada. Alman and his colleagues have tested the power of young blood to heal bone fractures.

In a procedure know as parabiosis, the research team surgically joined mice of different ages circulatory systems together. Parabiosis is a 150 year old surgical procedure. A large layer of skin is removed from each mice by scientist, and then the exposed surfaces are stitched together. Mice of the same age were paired together as a control. Scientist then fractured the shin bones of the mice. Older mice fractured shin bones healed better and more quickly when joined with a younger mice as compared to when they were joined with a mice of the same age. Young mice when joined with older mice saw a decrease in their ability to repair bone fractures.

Beta-catenin a protein, is found in higher levels in older bones. The protein is believed to make bone marrow stem cells produce cells that keep bone together rather than cells that form new bone. In the older mice who received blood from younger mice their beta-catenin levels were much lower. This indicates that a molecule, unknown of as yet, regulates beta-catenin at a lower level encouraging healthier bone growth. Alman says they are focusing on finding that molecule.

The research could be very exciting for older humans, but it should not require the same type of blood transfusion used in the experiment to heal fractured bones. Blood transfusion have risk associated with them and can cause possible medical complications. Instead researchers will focus their attention on discovering the exact chemical nature of the molecule that young blood cells produces that older blood cells no longer make. If scientist can find the precise molecular compound that is responsible for the healthier healing of bones in mice it may lead to new drugs that could help aging bodies act more like their youthful counterparts.

Vampire like healing is not just something that occurs only with bone fractures, this past October clinical trials in California began with patients suffering from Alzheimer’s disease. The patients will be injected with blood from younger individuals. Scientist hope that they will react as mice have done in earlier experiments. The older mice who were injected with younger mice blood saw an improvement in cognition and in the health of other organs. Thomas Rando of Stanford University in CA, back in 2005 discovered that young blood brought the skeletal stem cells of older mice back to the condition seen in younger mice. It also showed an improvement in injured muscles ability to heal itself. Young blood has also been show to reverse heart decline in older mice. At Harvard University in 2012 Amy Wagner and her team paired older mice with cardiac hypertrophy to younger healthy mice by connecting their circulatory systems. Cardiac hypertrophy is a condition in which the heart swells in size. After four weeks the older mouse’s heart had contracted to the size of their younger mouse partner.

One molecule in young blood being responsible for all the healing effects does not seem probable. One of the top prospects is growth differentiation factor 11, know as GDF11. Wagner’s team has concentrated on GDF11. They were able to show that younger blood has more GDF11 then older blood. They injected it in older mice daily for a month and saw an increase in blood vessel in the brain and brain stem cells. Older mice muscle fibers also doubled in size when injected with GDF11. Work done by another research team though, seems to call in to question the results of Wagner’s research. Novartis Institutes for BioMedical Research in Cambridge, Massachusetts found that GDF11 suppress muscle reconstruction, and that GDR11 actually increases with age. Wagner points out differences in the work done between Novartis and herself, saying that Norvatis used higher concentration of GDF11. She still believes that at least one form of the protein decreases in blood as people age.

Vampire-like healing could lead to many possibilities. It could be the real fountain of youth, healing older people of broken bones, Alzheimer’s disease, muscle damage, heart problems and even  the possibility of making one look younger. There is still a way to go before the benefits of these experiment will be available to most people, but the possibilities are exciting. Unlike the legends and myths of one of the most iconic creatures, the vampire, none of the treatments call for ingesting blood, but still the possibility that young humans’ blood can actually rejuvenate an older body makes one wonder if the creators of these myths knew something that was lost along the way. Scientist hope to discover exactly what these myth authors may have known that makes young blood provide vampire-like healing.

NewScientist: Young Blood to be Used in Ultimate Rejuvenation Trial