By Melissa English on May 4, 2015Comments Off on Senator Ted Cruz’s Multicultural Roots 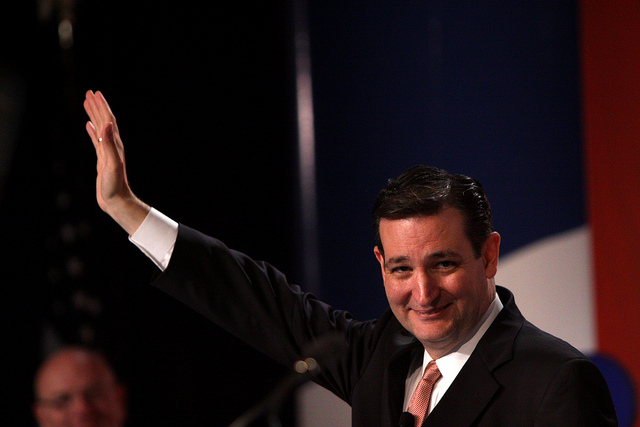 Senator Ted Cruz announced his run for president in the upcoming 2016 campaign. For many Republicans, he is the solution to all of their woes. Cruz stands for limited government, family values, and conservatism. Many people do not know very much about who Senator Cruz is behind the tie. Cruz got a lot of media attention recently as he renounced his Canadian citizenship in order to stand for the position of president. He is the first Cuban-American candidate to be elected to the Senate in Texas. Senator Cruz has many multicultural roots.

After graduation, he became a law clerk and worked his way up to work for Chief Justice William Rehnquist in 1996. Cruz was the first Latino clerk to ever serve a U.S. judge. When he started to work in the private sector, he joined a law firm and worked on cases in favor of the NRA, and was a part of the impeachment efforts against Bill Clinton. He worked with the campaign to elect George W. Bush and also served in the capacity of head of the solicitor general for the Federal Trade Commission.

Following his service to the federal government, he became the solicitor general of the state of Texas, in which he served from 2003-2008, arguing before the Supreme Court nine times, speaking about the values of strict constructionism and limited government. According to Cruz, has been a strong supporter of family values and deregulation of the Internet, knowing that it is flourishing without any regulation at the existing moment.

Cruz believes he has been a strong supporter of the rights of Latino citizens as well as of the opportunity for change in the Latino community. Mentioning that every Republican politician should have the words “outreach” and “opportunity” tattooed on his hands so that it is a constant reminder of the duties that a politician has to his community and his constituents.

He has been cited saying, that Latinos are the group which has been affected by the recession the most, he has doubled his commitment to protecting the values of family and home and has made it the central part of his campaign. He has come in as the front-runner in many of the straw polls conducted across the country and seems to represent the new Latin base, which has become central to the Republican voting pool.

There is some speculation among media sources that because of his foreign birth, he may not be able to stand for the position of president. Time will tell what the outcome of these speculations will be as the U.S. approaches the 2016 election. Cruz has multicultural roots, that will lead the average voter to vote in favor of him, according to some political theorists. Only the results of the 2016 election will prove for certain.