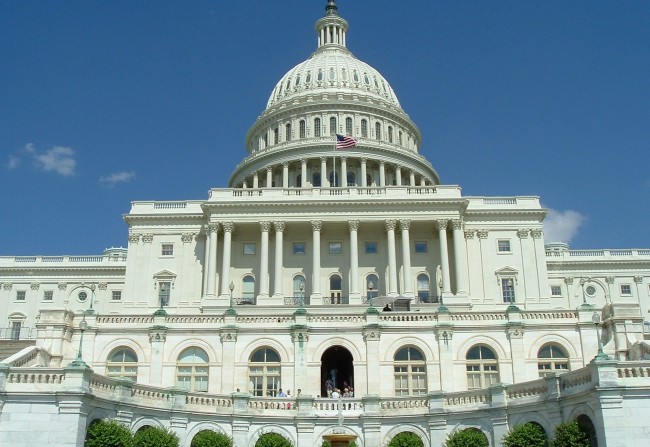 It should go without saying that police officers should not leave loaded weapons in public restrooms. Yet, it has happened three times, so far, this year in the U.S. Capitol. As a result, the police that protect members of Congress and patrol the Capitol building are set to undergo additional training on what to do with their weapon when going to use the toilet.

Police are supposed to control their weapon. But three different police officers have done the unconscionable and left their guns where anyone can grab them. In fact, a child found one of them.

As the Capitol Police Chief and members of Congress agree, there is no excuse for the mistakes. So, the force is putting everyone through “toilet training” now and will include it on an annual basis in ongoing safety training.

The first incident occurred in January. A member of Senate Majority Leader Mitch McConnell’s police detail allegedly left a gun in the toilet seat cover container in the Congressional Visitors’ Center restroom. Yes, a restroom frequented by any visitor!

Then, in March, a child found a gun in a toilet in the House Speaker’s office suite. Someone on Speaker John Boehner’s security detail reportedly left it behind.

Last month, a housekeeper found another misplaced gun in the headquarters of the Capitol police. Information about that weapon’s owner was not made public.

There is no point in asking “What were they thinking?” They clearly were not thinking. The brass at the U.S. Capitol Police also did not use their best judgment in failing to brief Boehner and McConnell after the careless actions of their own guards.

Dine told the Congressional committee hearing that his department did discipline the three officers who left their guns in restrooms. But, the two who served on the high-profile security details were not reassigned (maybe because the people they were protecting did not find out?). Members of Congress were also wondering if there were greater breaches that they did not know about.

The police chief assured the committee members that the each incident resulted in a thorough investigation. Dine also reported that a Capitol police officer who mishandles a weapon is typically given a five-day or longer suspension without pay if it is the officer’s first offense.

Given the recent occurrences, the department is considering increasing the penalties for officers who leave their guns in inappropriate places. The police chief said they are considering making the minimum penalty for a first offense a 30-day suspension. They are also looking at situations that warrant termination.

Lastly, as silly as it seems that the police protecting Congress and Capitol visitors need to learn what to do with a loaded gun when using the toilet and afterwards. However, given the gun mishandling incidents that have come to light this year, everyone in the Capitol Police is set for training on weapon safety when using a toilet.