Tom Brady Is Responsible for Deflategate! 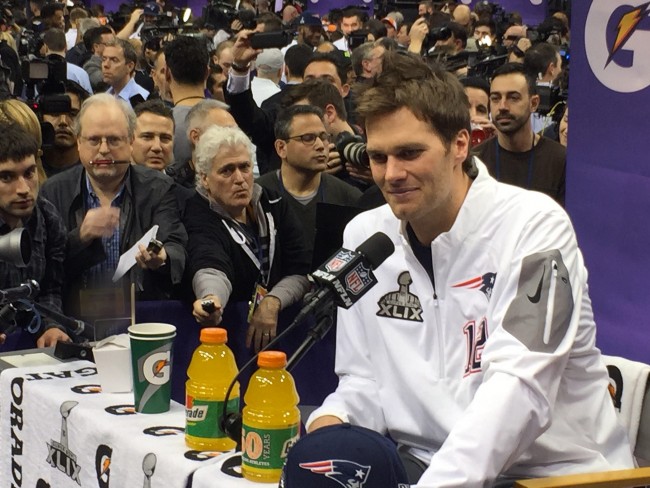 Tom Brady is being held responsible by the NFL for what is now called deflategate. The league says there is more evidence that shows it was upon his insistence that air be taken out of the ball. Brady feels he has a better grip on a slightly deflated ball. Lets look at that for a moment, if he feels he can hold the ball better than he must feel he can throw the it more accurately. Most quarter backs in the game feel that way, however everyone must follow the rules. If one quarterback breaks a rule to play better and the opposing quarterback plays according to the rules, even though he is not as comfortable, then the opposing quarterback would be at an a disadvantage.

When the Colts suspected foul play by the Patriots, general manager Ryan Grigson emailed league officials explaining his suspicions and asked for them to check in to it. He wanted a guarantee his team would not have a disadvantage during the such a huge game.

Referee Walt Anderson had known there were possible illegal actions going on.  When the Patriots’ balls were not on the field and could not be found before the start of the game, nothing was done and the game was started on time. Anderson has been a referee for almost 20 years and has never seen game balls disappear before, instead of insisting they find them and bring them out for referees to make sure they were up to regulation standards, he said nothing. In the second quarter officials discovered that the ball was not properly inflated, and Grigson was out raged. He wanted Brady and the Patriots held responsible for deflategate. No one can really blame him; no one did anything to make sure a fair game would be played.

Look at The Good Samaritan law, which became law after Princess Diana’s death. The reporters may not have been directly responsible for her accident, but they just watched her die in order to get a great picture to sell to the tabloids. Standing around and just watching someone hurt, or getting hurt and doing nothing to prevent further harm makes a person or persons just as guilty. The league took no action after hearing of possible illegal actions. The NFL wants Tom Brady held responsible, because even if he did not start it on some level he had to know something about deflategate. The rule change in 2006 that lets teams supply their own balls for the offense was a mistake and changing it to the league supplies all teams regulation equipment should be considered.

Brady’s agent said the league was trying to frame him. Whether or not it was part of a frame up, it should not have  been allowed to happen. Boomer Esiason stated that both the Baltimore Ravens, and the Colts hatched a plan to frame Brady. The NFL would not do anything about a broken rule unless they had to. Some people might consider that being two-faced.

This is now the Patriots second offense and the NFL is now obligated to take action. If they do not it will cause the entire organization to look bad. Too many people are guilty of letting this take place. Anderson had to suspect something when the patriots could not find their footballs until game time. The ball boys are in charge of them and know what a fully inflated one feels like. League officials were notified of an illegal action and other than telling Anderson to keep an eye out, did nothing.  Tom Brady, as the quarterback, handles the ball the most; he would know if something was not right, even if deflategate was not his idea, he is responsible.