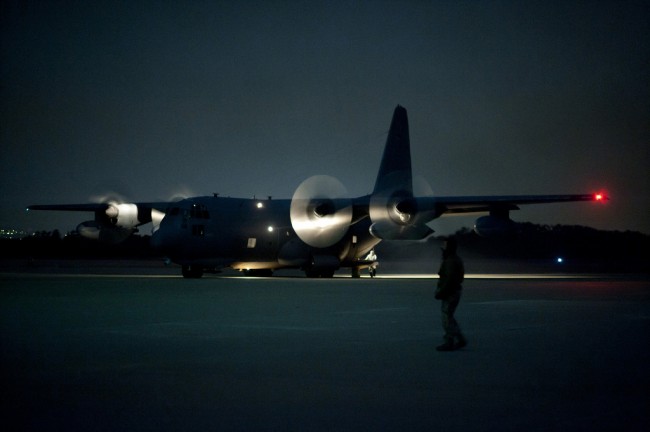 Abu Sayyaf, a senior ISIS commander was killed in a U.S. Special Operations force raid in Syria yesterday. This move came as a surprise since last September, President Barack Obama had merely authorized the use of airstrikes in the fight against ISIS in Syria.

The overnight raid, lasted for barely an hour and took place in Deiz Ezzor, a town in eastern Syria, in the al-Amr region. Local sources told Reuters that three of the 12 killed during the operation, including Sayyaf, were senior ISIS operatives. These claims have not been verified by official sources. A young Yazidi woman was rescued.

A Tunisian, Sayyaf, helped raise funds for ISIS by managing the group’s oil and gas sales. His real name was not released by the government, but sources told CNN that he was also known by Abd al-Ghani and Abu Muhammad al-Iraqi. He was also involved in the military operations of the group and had been taking more interest in the planning and communications. It is thought that Sayyaf knew more about the financial working of the group and was known for his association with top honcho, Abu Bakr al-Baghdadi.

His wife, Umm Sayyaf, is an Iraqi and was taken to a secure location in Iraq for interrogation. She is also suspected to be a member of the group. The couple was thought to have been knowledgeable about the group’s hostage operations. The wife, will be interrogated by the FBI-led High Value Interrogation Group about the hostages currently in ISIS custody. She may also be a party to the enslavement of the Yazidi woman, who was rescued during the operation.

U.S. Defense Secretary Ash Carter said that the operation was authorized and the personnel sent in as soon as they got information from the White House. Carter then selected the U.S. Army’s elite Delta Force team to carry out the ground attack against the senior ISIS leader. The goal was to capture Sayyaf alive, but he was killed as he resisted and engaged the Delta team.

There are conflicting reports with the number of personnel varying but about two dozen commandos led the ground assault group. They flew into Syria, across the Iraqi border on Blackhawk helicopters and a V-22 Osprey aircraft. Their target was a multi-story building which was defended by gun wielding ISIS fighters.

The Delta team and the ISIS members got into a heavy firefight and there was also hand-to-hand combat. The U.S. forces blew a hole in the side of the building. Sayyaf evaded capture for some time by using women and children as human shields. The troops managed to kill the combatants without any civilian casualties, according to CNN’s sources.

They also found ancient artifacts in the building, including Assyrian texts and coins. These are being examined. The forces managed to retrieve intelligence on the financing, communicating and group operations. They found cell phones, laptops and documents.

White House higher-ups have said that the military operation which started on Friday night and went on till Saturday, was a significant blow to ISIS and the coalition gained more than they lost. They were after Sayyaf’s records and not him personally, Derek Harvey, a former U.S. colonel told CNN. He said that Sayyaf’s logs would have contacts of the group’s financiers and business interests.

Bernadette Meehan, spokeswoman for the National Security Council said that Obama was happy with the raid and grateful for the bravery of the U.S. personnel. The president also thanked the Iraqi authorities for supporting them. In a television interview, President Obama said that it was highly unlikely that the Syrian war will be resolved by the end of his term.

It was then that President Obama repeatedly assured the public that the U.S. would not deploy any ground forces in Syria. Instead the U.S.-led coalition had continued to carry out airstrikes targeting the group since last September. The U.S. has been arming, training and funding Syrian rebels and members of the Kurdish resistance groups. Even during the siege of Kobani, the U.S. sent in soldiers to train the Peshmerga and provided more ammunitions.

The operation was the first known instance of the U.S. having sent in ground forces to combat ISIS in Syria this year. They had tried it last year while attempting to rescue hostages, but had failed. It is unknown whether more such strikes will now follow. Critics also argue that Sayyaf was not high enough in the hierarchy to target. Also in February, it had been confirmed that oil was no longer the main revenue source for the group.