Apple Watch Would Be Better With Some Software Tweaks 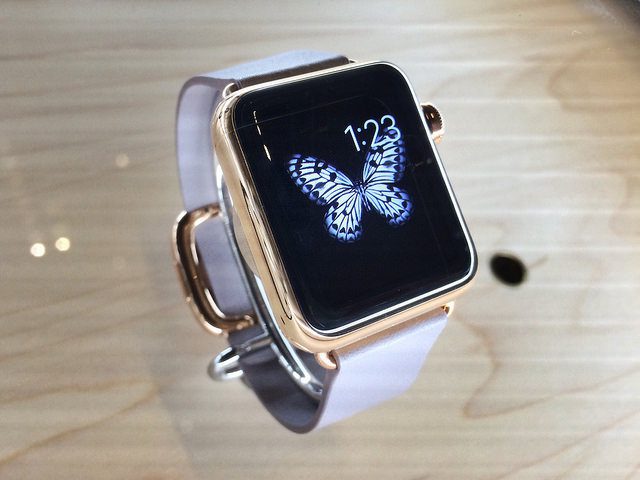 The Apple Watch has gained favor from its owners and critics, but users said it would still become better with some software tweaks. Apple’s newest product category, Apple Watch, was announced last year and out to the market on April 24, and now it is lauded by reviewers as iMore said it is the best wearable in the market today.

The Apple Watch is still not as spontaneous as the iPhone, and according to a wearer of the smartwatch in iMore, it takes time to fully understand the smartwatch, which is not so normal with Apple, a company who spend much time to give details to its products. It is a first-gen product and has a lot of room for enhancements. Users say when there is something that requires more improvements, it is its software.

Apple Watch is still a watch, and its major function is to tell time. Wearers want to have their calendar as a prominent display on the watch, but the wearable should also give the time an option to be the modular face center, not just stay in the upper right corner.

As there are already lots of apps in Apple’s wearable, it would be a wise move to put the alarms, stopwatch and timer in one app. Aside from having similar functions, they can save space, and the user, much time in looking for it and tap, instead of searching for it among piles of icons.

Apple Watch wearers are not so impressed with the way its Home screen is organized. Though Apple wants them to single tap an icon from a long list, they end of spending more time zooming and time panning. iMore said the interface for the iPod Nano 5th generation was dead simple and it might be a good idea to apply folders to organize the screen.

An owner said it would have been better if workouts in the Apple Watch end automatically. Fitness lovers would love the smartwatch which records calories consumed, heart rate and the progress of the day. However, if the owner forgets to end his workout, the app does not stop monitoring the pulse, which is battery-draining. When people work out, the last thing they want to do is to off their watch, and if they do forget, their watch will be dead. Smart owners think a software update will be easy for Apple so the watch can turn itself off when it senses that the heart rate has become normal.

The Workout app should also give a pane of information, or it can switch views automatically, say, every few seconds. Now it gives information a stat at a time, such as burned calories, heart rate and speed; this information, however, can only be gained if the watch is swiped from right to left. Users found this effort needed to fall flat of the promise made of the wearable to give information more conveniently than an iPhone can. Information, especially like that of Workout should be conveniently glanceable.

Apple Watch would be better with some software tweaks, such as giving real motivation to reach calorie targets. It should offer the user better fitness levels. Right now, it gives three options for activity levels, but not so challenging for those who want to prod themselves more for better shape.

Apple should tailor the Apple Watch function in a way the user has more control over it. The automatic shutdown of the display for example, to save battery life, can be better off if the user can specify how long the default should be; and not automatically turn it off while the user is still staring at his calendar schedule.

Apple Watch has upped the bar for wearables, but it still needs a lot of enhancements to make it more desirable, both hardware and software. In May, the Apple Watch released its first software update – Watch OS 1.0.1 which had bug fixes and a support for a new language for Brazilian Portuguese, Turkish, Swedish, Danish, Thai, Russian and Swedish. Apple Insider said Siri and trackers of activity and health have been enhanced, plus emoji character support. Apple Watch main benefits are the time saved from frequently taking out the iPhone, but Tim Cook’s first product would be much better with some software tweaks which the users themselves have aired.

By Judith A. Aparri