Blue Bell Creameries Investigation Has Come to an End 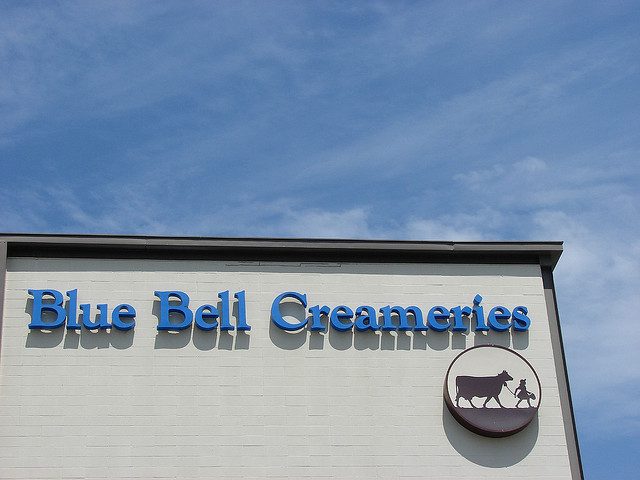 It surely has been a very depressing couple of months for ice cream lovers around the nation. Nasty cases of Listeria came into fruition, which were linked back to consumption of Blue Bell ice cream. The company took immediate action in recalling their products, and put a halt to all production. The CDC launched an investigation into the Texas and Oklahoma facilities where the bacteria was traced. The investigation has come to an end, but they have released a warning for anyone owning Blue Bell products to toss them away.

Blue Bell Creameries has reported finding the source of Listeria in their Oklahoma facility, but there is no answer for the Texas facility. The Oklahoma facility’s Listeria was found to be caused by equipment and buckets containing ingredients being placed in an unsanitary room. As it all sits there, “atomized particles” that were carrying the bacteria latch on and thus get spread via contact. The president and CEO of Blue Bell has stated the company’s top priority is to provide safe products for every body.

Blue Bell is a favorite among many southerners, in that a lot of them have showed their support for the company taking immediate action to remedy the problem, while others have stopped eating ice cream in the mean time. They refuse to eat any other ice cream besides Blue Bell. Why would anyone want to eat other ice cream anyway? Blue Bell is the way to go. Any East Texas resident can be a testimonial to the friendliness and hospitality experienced at the Blue Bell Creameries facility tours in Brenham, Texas as well as complimentary ice cream at the end.

With the Blue Bell Creameries investigation coming to and end, they have stated that a completely different approach to bettering sanitation issues in their plants will be implemented. Employees will be given coverings to wear while handling products, splash guards will be placed to not allow any form of cross contamination, and all equipment will be taken down and re-cleaned. “We hope our efforts demonstrate the seriousness with which we are taking this situation, as well as our commitment to making sure we get this right,” says Blue Bell’s CEO – and the response to his statement is yes, their efforts most definitely demonstrate their commitment. That is pure justification why Blue Bell Creameries will continue being a household favorite despite the recent setback.

Listeria does not pose a massive threat, but can be very fatal for people who have a more compromised immune systems. One unfortunate case was David Shockley who was believed to have fallen ill after consuming Blue Bell ice cream. He is not one of the 10 reported cases linked to Blue Bell, but strongly believes his illness was linked to consuming the ice cream. At the time, he was taking immune suppressing drugs due to another medical condition. He was unconscious for five days and upon waking, he had difficulty with this motor skills – Shockley had developed listeria meningitis.

There has yet to be an announcement on when the production lines will be back on. The Blue Bell Creameries investigation has come to an end, but all owners of their products are being advised to toss them regardless if no contamination is suspected.