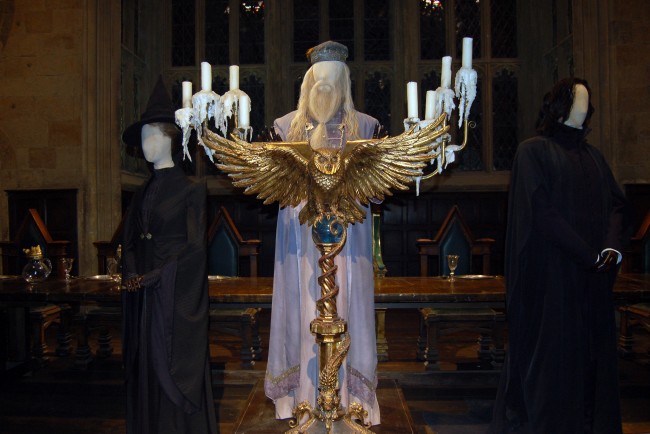 After the passing of marriage equality laws in Ireland, J.K. Rowling posted that if her Harry Potter wizard Dumbledore and the Lord of the Rings wizard Gandalf were ever to get married, they could potentially do so in that country, to which the Westboro Baptist Church (WBC) strongly objected. In a war of words on Twitter that started after Rowling’s initial post of possible marriage, the WBC came back to say that they would most certainly picket any such wedding. The author responded back to that Tweet from the WBC by saying that “the sheer awesomeness of such a union in such a place would blow your tiny bigoted minds out of your thick sloping skulls.”

Now, it would appear that the wedding of Gandalf and Dumbledore that Rowling wanted will actually happen. An equality group out of the United States called Planting Peace has made their plans known to host a wedding for the two fictional wizards. The wedding will take place at the Equality House in Topeka, Kansas, which was purchased by the founder of Planting Peace, Aaron Jackson. Equality House is across the street from the WBC and was originally founded in an effort to take a stand against the group and their damaging actions and words.

Rowling was criticized by a number of people for her war with the WBC because many believed she was actually bringing attention to that organization. The author responded that she believed that it was important that those kids who are gay and scared to come out see someone challenging individuals who are spreading hateful speech. Jackson, who saw the exchange between the WBC and Rowling said that Planting Peace instantly connected with the message that the author was trying to get across. As he said, the Equality House was founded as a way to take a physical stand against such individuals, as those who are members of the WBC. Jackson believed that Rowling’s words about challenging hate speech were completely correct and worthy of supporting. He also said that it was important to actively stand up against hate, and to ensure that the youth understand that there is support and understanding for them across the world. 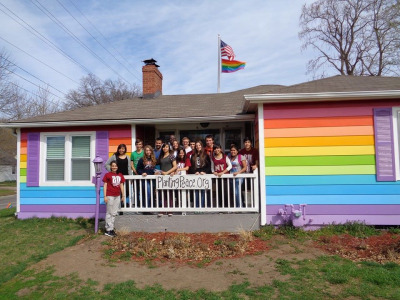 Jackson said that he and his organization are happy to step in and support Rowling’s vision and host the wedding of Gandalf and Dumbledore. This wedding which will have volunteer actors standing in for the two wizards is a way to stand against bigotry and hate, while sharing a message of love.

Planting Peace was extremely happy by the passing of marriage equality laws in Ireland and see it is a step towards progress. Their hope is to see the same progress take place in the United States, when the Supreme Court makes their ruling on marriage equality.

The marriage between Rowling’s Dumbledore and Gandalf will take place across the street from WBC at the Equality House on Sunday, June 7 at 2 PM. Instead of wedding gifts for the happy couple, a fundraising event has been established on crowdrise, a fundraising site, in order to raise money to help counteract hate speech. A message from Dumbledore can be found on the Equality House Facebook page, with the same message posted to crowdrise. In the message, the wizard talks about their upcoming wedding and said that there are too many groups spreading hate filled messages to the LGBTQ youth. Instead he encourages people to stand with the two to counteract the hate, and send a message that shows that the youth are supported.

The Irish Times: Dumbledore and Gandalf to marry in front of gay-hating church
Crowdrise: Wizards Wed at the WBC
Equality House on Facebook