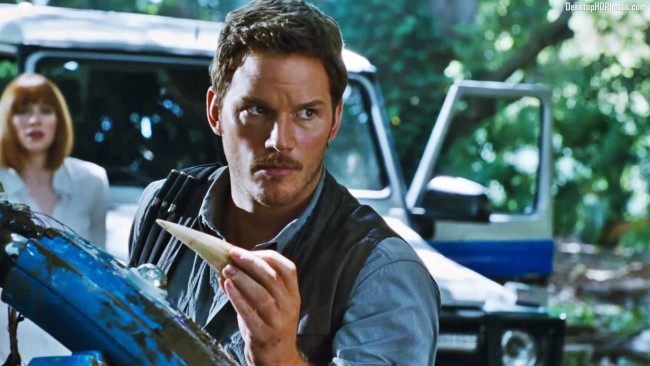 Jurassic World (Universal) topped the box office for the third weekend straight, despite some strong competiton from Pixar’s latest box office hit, Inside Out. Jurassic World chomped up $54.2 million in ticket sales domestically, and became the fastest movie in the U.S. to ever attain ticket sales of $500 million. That makes the movie the fifth highest-grossing movie in film history. It has earned over $1 billion worldwide. Whether or not it can sustain its box office run at Number One next weekend, with Terminator Genisys opening on July 1, remains to be seen.

With this weekend’s take, Jurassic World became the highest-grossing movie so far of 2015, beating out Avengers: Age of Ultron, which had a domestic take of $451.2 million. It has achieved that feat just three weekends out of the gate. It is also the fastest film ever to earn $1 billion globally, having done so in a mere 13 days. With a combined total gross, currently, of $1.238 billion, that makes Jurassic World the eighth highest-grossing movie ever.

Coming in second place at the box office was the Disney Pixar animated movie, Inside Out. It had a domestic gross of $52.1 million. Since Inside Out debuted on June 19, it has domestically grossed almost $185 million. Counting the money it has grossed internationally, an additional $266 million, the movie has already made back the cost of producing it, which was $175 million.

The movie Inside Out deals with the conflicting emotions inside an 11-year-old girl, Riley Anderson. Riley is moving away from her childhood home to San Francisco, and she attempts to resolve her feelings about such a big change that is happening in her life. The five emotions are characters in the movie, voiced by some big-name stars, namely Lewis Black, Amy Poehler, Bill Hader, Diane Lane and Mindy Kaling.

Debuting in third place behind Jurassic World, the top movie at the box office for the third weekend, with a rather disappointing showing, was the R-rated Ted 2. Starring Mark Wahlberg, the voice of Seth MacFarlane as the incorrigible teddy bear, Ted, and Amanda Seyfried, the flick just managed to pull in $33 million domestically at the box office. The plot involves the attempts of a newlywed couple to get the civil rights of Ted recognized, so that he can adopt and start up his own family.

The opening of Ted 2 was especially disappointing to writer and creator, Seth MacFarlane, in that it earned far less, nearly 40 percent less, than Ted did during its opening weekend. That movie earned $54.4 million the weekend it debuted. Most people thought that Ted 2 would bring in at least anywhere from $45 to $50 million, but that was not the case.

The family-oriented movie, Max (MGM), about an heroic German shepherd returning from Afghanistan after the death of its handler and trainer, came in fourth place at the box office. After the dog returns, Max forms a bond with the dead Marine’s brother. Though it just grossed, domestically, $12.2 million, that was more than it was expected to earn, considering Inside Out was continuing to enjoy strong ticket sales.

The Melissa McCarthy/Jason Statham flick, Spy, was in fifth place at the box office over the weekend. It only had a domestic gross of $7.8 million, but that was enough to ensure that it remained in the Top Five this weekend.

According to Nicholas Carpou, one factor behind the amazing success of Jurassic World is that it has strong repeat business. Fans of the flick are going back and seeing it multiple times. The combination of a movie with dinosaurs, great special effects, and the star power of Chris Pratt has made it already one of the biggest flicks of all time.