‘Lost Girl’ Has Struck a Chord With Female Viewers 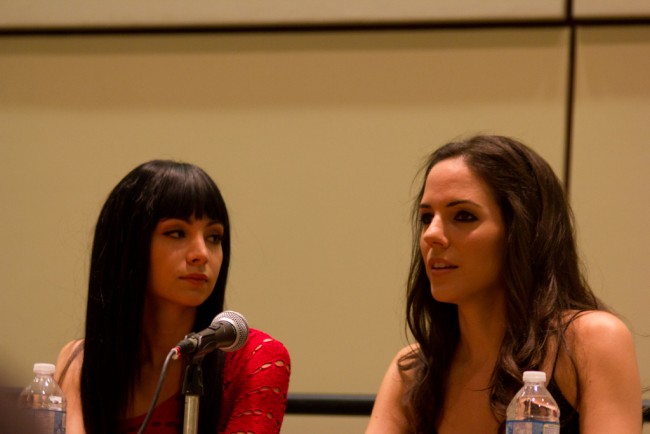 Lost Girl is a series that takes a journey into the life of a girl named Bo, whose character has supernatural ability. The story is about young women with powers living in the fictional world known as Fae, and is based on folklore and mysticism. Lost Girl has struck a chord with female viewers because of lead character Bo, who battles many enemies and loses close friends to death.

Bo’s Succubus nature and insecurity about this part of herself appear to be wrapped up in one. The story has many dark elements because it centers around a science fiction place with strange beings lurking who cause mayhem, and mythical people such as Bo whose identity is kept secret from her must try to stop them. Her magic becomes both a curse and a blessing for Bo, who is unable to get a grip on them when her sexual impulses become too strong; her world is shattered and turned upside down by the death of her boyfriend, who would die as they were being intimate with each other because she would suck the life out of him, an incident that prompts her to runaway and leave town.

Bo is consumed by deep yearnings, and worries that she will spin out of control. Bo must fight dark forces, which come from something known as Fae and makes her come to terms with who she really is. Bo’s engages in both friendships as well as love affairs, with men who are both good and evil. Bo befriends a girl name Kenzi whom she saves, and who would later sacrifice herself by entering in the portal to hell.

Lost Girl is mixed with both tragedy and humor; indeed, as some characters die, some are brought back to life. Along the way Bo meets Dyson, her love interest, a wolf shifter whose love for her would temporarily disappear because had been tricked by the Norn, a powerful Fae who can give people what they want. Ash and Morrigan are also two important characters, because they are leaders of the light and dark Fae and they force her to choose a side.

Lost Girl seems to explore feminist ideas, because its lead character is both strong and heroic. Many shows on television lately include female characters who are torn in love. Shows like Vampire Diaries and movies such as Twilight seem a common theme because they use fantasy and romance to create a world that many women dream of being in.

The show’s lasting for five seasons signifies the popularity of these kind of stories. Lost Girl has struck a chord with female viewers because it resembles Bella’s character in Twilight, who was strongly infatuated with two men. Young women may feel connected to characters such as Bo, because the title Lost Girl evokes a sad feeling with deep psychological meaning that has to do with having an identity.

There is originality and interesting notion in a show like Lost Girl, because it takes simple idea about a girl being afraid and not knowing who she is, and places her in a world that is mysterious and dark. As the shows nears its final season, producers think this will be the show’s last run and that they have ended the series in a way that the fans will appreciate.

Some say that the show has been groundbreaking in showing same-sex relationships. Bo’s sexuality and the fact that she seemed open about it is one of the things that made the show interesting. Bo and Dyson’s relationship is complex because he remains loyal to her and must protect her, even though their love is put on hold because there are obstacles in the way.

Lost Girl is popular because it centers around paranormal and romance. Bo’s character goes through a journey that brings her closer to knowing who she is. The imaginative show has struck a chord with female viewers, because it is about a young woman trying to have an identity.