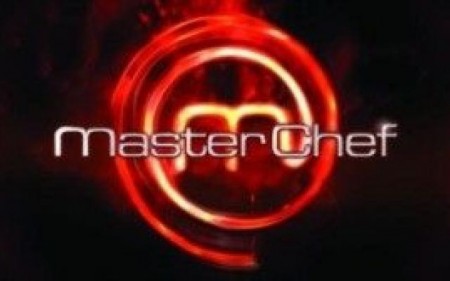 MasterChef continues along a successful path with the reality TV. cooking show formula. Some may wonder why MasterChef is so popular. This show, among others, has carved a niche in cable TV. using a combination of cooking competitions and a sense of reality. Masterchef, Top Chef, Iron Chef, and various spinoffs have entered their latter seasons, which is evidence of their popularity in America and other countries.

Last Wednesday (June 11), MasterChef was at the head of the pack for ratings of originals on broadcast networks, according to The Hollywood Reporter. Last week’s show kicked off with a mystery box challenge, which consisted of crab. The corresponding winner was Jesse, who created a dumpling peppercorn bacon soup accompanied by a small salad. The competition then had the mystery box challenge winner decide sweet or savory for each contestant’s dish. The two winners of the main cookoff were Stephen and Shelley, who created a corn tamale dish and five spice shrimp tacos, respectively.

This combination of a starting challenge, reward, and main competition is the typical format of most serial cooking shows. MasterChef is similar to many serial competitive reality TV cooking shows in terms of competition format, judging, challenge types, etc. However, rather than inviting professional chefs to be contestants, they use “amateurs”. Not that these chefs are subpar, but rather cooking is not their actual profession. This kind of spin to this type of show is a great way for audiences to relate to contestants on a different level. It proves that a person with a passion for cooking does not need to be a professional to create awe-inspiring dishes. The show employs all types of people, from social workers to musicians to dishwasher sales representatives. This is one of one the reasons why MasterChef is so popular.

Television shows such as MasterChef and Iron Chef have created their own niche among cooking shows. Cooking shows originally started off simply as programs with a person, kitchen, and a dish. Celebrity chefs came onto the scene when certain shows gained popularity in America. Chefs such as Emeril Lagasse, Rachel Ray, and Bobby Flay have become celebrities of sorts with their popular and prominent shows and personalities. These types of programs had a following, though small in relation to today’s cooking shows’ prominence on cable. Eventually, cooking competitions were developed, which only increased popularity and broadened the niche. Iron Chef was one of these one-off competition programs. A professional and/or aspiring chef was pinned against an “iron chef” in a culinary battle involving a secret ingredient. This kind of thrill in a cooking show added excitement to somewhat monotonous cooking programs. The Food Network essentially held a monopoly on these programs until the reality TV aspect was integrated into this trend.

While Iron Chef was technically reality, it was not the reality TV of today’s standards. Top Chef was one of the shows to use a different approach by setting aspiring chefs against each other in a continual competition. Top Chef is what is known as a serialized show, according to the A.V. Club. In these shows, each episode continues into the next episode, and creates a competition throughout the entire season. This not only personalized these programs by following ambitious chefs and their weekly struggles to survive, but also diversified the competition amongst said chefs. Cooks from different parts of the country and world were brought together and given the chance to make a name for themselves in the culinary world. MasterChef followed soon after with its own twist on this new genre of popular programming.

For those wondering why MasterChef is so popular. It is because it combines a reality TV cooking competition with a way for the audience to better relate to the contestants. It provides an arena for amateur yet talented chefs to demonstrate their abilities as cooks and competitors. Its popularity is evident in its high ratings into season six. For those who interested in seeing what the hype is about, MasterChef will be on tonight, June 17, at 8:00 PM EST.

The A.V. Club: The high highs and low lows of (almost) every competitive cooking show By Libby Hill

One Response to "‘MasterChef’, Why So Popular"