Medical Marijuana May Land Mom in Prison for 30 Years 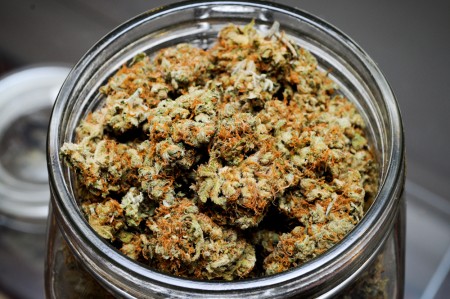 The use of marijuana for medical purposes may land a mother in prison for thirty years. Shona Banda is being charged by the state of Kansas with multiple felony counts of possession of a controlled substance with the intent to distribute, two counts of possession of drug paraphernalia, manufacturing Tetrahydrocannabinol, an oil that is made from marijuana, and endangering a child.

In March of this year, Child Protective Services removed Banda’s son, who is 11, from her home because according to them, her use of marijuana to treat her Crohn’s disease is endangering her child. Banda has endured 17 surgeries, used multiple medications, including fentanyl, a powerful narcotic to treat her pain. Her doctors prescribed her the narcotic to help ease her discomfort as she died, because they thought her Crohn’s disease had become terminal. Banda tried cannabis and soon after began to see improvements in her condition. She describes her journey with using marijuana for medical reasons on Facebook and in her publication Live Free or Die.

According to Banda before she began using medical marijuana she spent years on her couch too sick to care for her children properly. She describes herself in those years as not the best mother, and now with marijuana she feels she is able to be an excellent mother. Banda attempted to move to a state where marijuana use is legal, Colorado, but due to financial reason she was unable to stay.

On March 24, Banda’s son was in school attending a class on drug education, where he defended his mother’s use of medical marijuana. School officials contacted Child Protective Services and the police about the mother. Her house was searched and marijuana was found and drug paraphernalia was located in the kitchen. She has only been able to see her son once since he was removed from the home; he is now living with his father who Banda is separated from. She is no longer using medical marijuana and is suffering because of it, an infection on the roof of her mouth has returned and she has lost weight. The mom is at a loss, and is struggling with the fact that using medical marijuana to save her life can land her in prison for 30 years. According to Banda’s attorneys she will report to authorities on June 15. 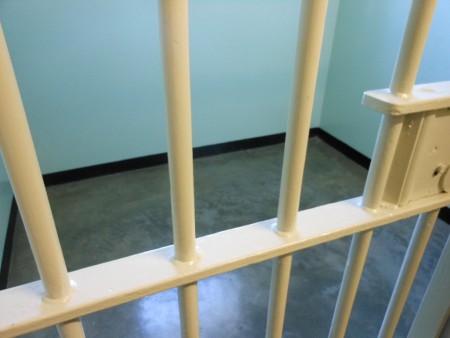 Even with the great strides made in medical marijuana laws in numerous states, with more conservative states like Louisiana considering passing medical marijuana laws and Republicans being supportive of a recreational marijuana bill for next year, many parents in states where it is not legal are having to choose between their children and their health.  Amber Thurmond spent June 5, the same day Banda was charged, in family court in Kansas, being informed by the court that if she wanted to regain custody of her daughter she would need to relocate to Kansas.

Arizona the state where Thurmond resides has legalized medical marijuana, and there she is able to use it to treat her seizures and she is also employed at a medical marijuana dispensary. Struggling financially and trying to get back on her feet, she moved her daughter to Kansas to live with her brother who is a policeman. Her daughter was only supposed to stay with Thurmond’s brother for a short period of time, but that short time period has instead turned into an 18-month stay. Her daughter has now been placed in the foster care system and has to live with Thurmond’s brother. Thurmond faces charges of physical, mental, and emotional neglect in Kansas.

According to the county attorney, Charlene Brubaker, who is involved in the case, the court’s ruling had nothing to do with medical marijuana, and instead the judge concluded that the daughter has special needs which require the mother’s presences in Kansas, where the child can have those needs met. He claims that Thurmond is just putting a medical marijuana spin on it and that it is a lie.

Marijuana is legal in some form in 38 states, but in the 12 states where it is still illegal parents who use medical marijuana risk loosing their children. Some like Banda; a mom who used medical marijuana to treat a very debilitating disease could now land a prison sentence of 30 years. As others have pointed out until marijuana is legal at the federal level all individuals could face the same consequences if the 2016 election brings an administration that is not so marijuana friendly.