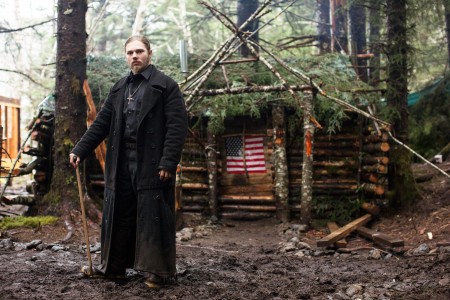 Alaskan Bush People is one of the most watched shows on the Discovery Channel and it is getting more views each week. The story is that this family has been raised and have lived out in the bush all their lives. The family is uncivilized and have a culture all their own. The Brown family is deciding on places to sleep and the boys are not looking forward to meeting the matchmaker. The Alaskan Bush People is on Friday nights 9 p.m. EST on the Discovery Channel. The following is a recap of the June 5th episode of the Alaskan Bush People.

According to Alaska Dispatch News, June 5’s episode of Alaskan Bush People was the most “overly produced” thus far. Ami had decided that she was going to help her boys find wives. She has five of them from ages 22 to 32 and they claim that they have been living in the wilderness their whole lives. This would imply that they have not had a conversation with a woman before.

Browntown is the largest suburb of Hoonah, but the town needs to grow more and raise their population. Ami has decided the boys need wives so she can have grandchildren and Billy will have more workers to continue building the town. For two consecutive seasons, the boys have struck out with the local women. This could possibly be because Bear challenges women to run obstacle courses, Bam whispers creepy and frightening poems, which comes across as more of a cult initiation than a date.

In the recap of the June 5th episode of the Alaskan Bush People, Susie Carter a matchmaker with Alaskan Men was hired by Ami to find wives for her boys. Carter interviewed the boys to understand what type of woman they were interested in marrying. 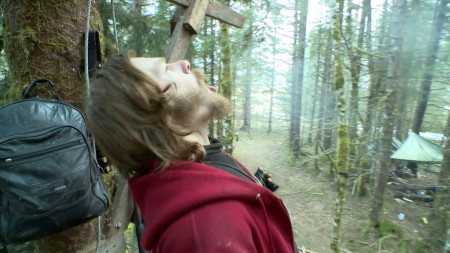 Armed with Ami’s crystal clear goal and the boys’ pretty reasonable standards, which Carter will use to partner the boys with their future wives and send the profiles to the boys through the Hoonah post office.

Carter matches up Gabe and Bear first. Bear makes his first phone call with his future wife, Sarah and begins their conversation with, “Do you like to climb trees?” Sarah manages a sewing and embroidery store during the day and at night she enjoys climbing trees. As the two talked and got to learn a little about each other, Bear’s face continued to get red. Bear told Sarah he was glad to hear she did not do the matchmaker thing all the time. It seemed to go well and he asked to meet her. Bear made his phone call to Sarah outside because his brothers were heckling Gabe during his phone call with his future wife. Gabe asked his future bride if he could call her again.

The boys took an hour long boat ride to the junkyard so that Noah could build a dryer for the family. Matt sees a bunch of tires and he decides he is going to live in a house made of tires. Matt, Gabe, and Noah brought the tires to the dock in their own goofy way, reported Channel Guide Magazine. Matt put two tires around him and rolled to the dock, but it did not work out as planned. 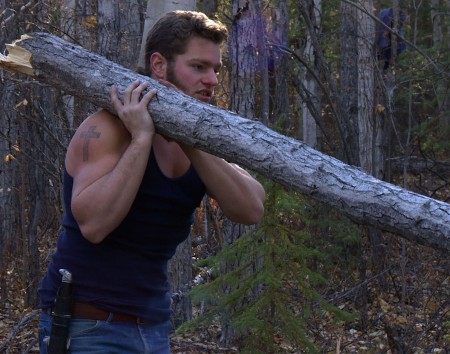 When the boys return to Browntown, Noah began his work on the dryer. Matt began to build a house of tires because he said he is 32 and needed a serious house so he could impress his future wife. Matt was not taking into consideration that there was still snow and water in those tires as he was stacking the walls. Inside, it actually looked like a livable space or rather a room, but it is a start.

Noah completed the bush dryer. It seemed to work well but required cranking. It was a welcomed addition to their home as they wash their clothes against rocks in the river. Noah also built a bed for Billy that had to go upstairs. It got complicated when they attempted to put together a pulley system. The bed has been described as a pallet made from bad wood, by Channel Guide Magazine. However, they managed to get the bed upstairs.

Billy and Ami will have the bedroom upstairs. Birdy and Rainy are going to share a room. Gabe will sleep in the corner of his choosing and Bear will be sleeping under the stairs. Noah is going to have studio space of his own. Bam is going to stay in the trapper shack, to have a place to be able to bring a woman when the opportunity arises.

Ami and Billy want Matt to have his own space that is not made from Saran wrap and act his age. Matt claims the plastic-wrap shelter was only temporary. Matt’s tire house or rather a room is a step up. This has been the June 5th recap of the Alaskan Bush People. The Discovery Channel airs the Alaskan Bush People Fridays at 9 p.m. EST.