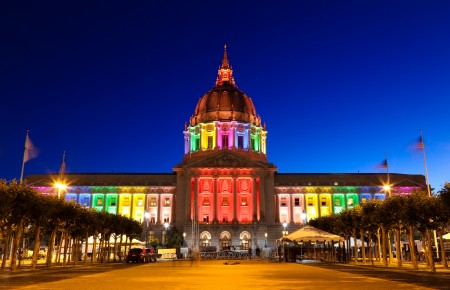 Multiple landmarks have turned multicolor in recognition of the SCOTUS’ decision to make gay marriage legal throughout all 50 states in America. Iconic statues and the like have lit up with all the colors of the rainbow in order to express their pride regarding this historic event, ranging from one side of the nation to the other.

Social media blew up with landmarks showcasing their rainbow pride, and the reaction was nothing less than stellar. Every one of these posts received multiple retweets, favorites, shares and likes. The official White House Twitter page shared a photo of the residence lit up in all the colors, shortly after the Supreme Court’s ruling. The photo was captioned #LoveWins, which has been trending worldwide since the day the historical ruling happened. The upload was retweeted over 2,000 almost instantly, and received over a thousand more favorites. 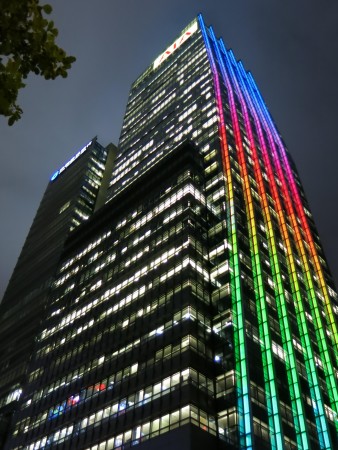 Niagra falls also was turned every color of the rainbow in light of SCOTUS’s decision, and several hundred thousands reportedly flocked to the area to be a part of the experience. New York City’s epic landmark the Empire State Building also took part in the recognition, lighting up the nearby area for miles to see with the aforementioned rainbow pride.

On the other side of the country, California was getting its rainbow pride on; indeed, its landmarks, too, were turning multicolor in recognition of SCOTUS’s decision to allow gay marriage to be legal in all 50 states. San Francisco City Hall was drenched in purple, blue, red, yellow, green, and pink to celebrate the ruling, and residents of the city were ecstatic to see their area being so accepting of the law’s decision to allow all members of society to join one another in marital union, just like any heterosexual can do.

In Minneapolis, the 35-W bridge was lit up in celebration, as well. The Bipartisan Report’s Twitter feed listed it as breaking news, and accompanied their post with the aforementioned #LoveWins. This upload was heavily supported by almost a thousand favorites and retweets, having hit the account shortly after the original post being uploaded.

One of the most significant United States landmarks that showed their rainbow pride by turning multicolor in recognition of the SCOTUS’ decision was one of the World Trade Centers. The top of the building lit up in multiples shades, showing the country that yet again they could find a way to be unified after multiple tragedies and situations of unfairness and cruelty.

It was not only the United States of America that celebrated their rainbow pride by turning their landmarks multicolor in recognition of the SCOTUS’ decision to allow gay marriage over all 50 states. Indeed, this celebration was extended towards the rest of the continent via Canada, as well as various places in Europe and throughout the rest of the world as well. June 26, 2015 was a groundbreaking day for all, and the entire universe seemingly made an effort to join in and make note of how much of a difference this Supreme Court decision made for the good of humanity overall.

Advocate.com – More Than a Dozen Landmarks You Won’t Believe Were Turned Rainbow