By Chanel van der Woodsen on June 29, 2015Comments Off on Rand Paul Opens Up About Gay Marriage and His Response Is Astounding 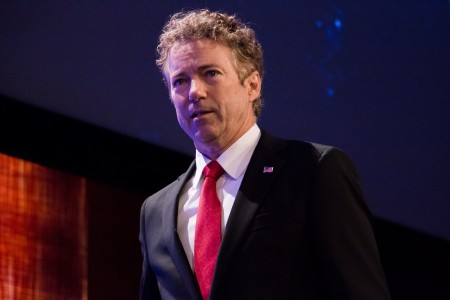 Presidential candidate Rand Paul has finally opened up about his stance on gay marriage, and his response is nothing short of astounding. While many would have perceived the Libertarian running as Republican’s response to have been extremely predictable, the 52-year-old once again showed that he cannot be put in a political box and that people should stop and think for a minute before assuming that they know him all that well.

The politician, as usual, managed to balance his words with a mix of open honesty as well as critical analysis of the situation at hand. The junior United States senator voiced his opinion on the groundbreaking SCOTUS decision via an op-ed posted on TIME magazine, one which was extremely thorough and contained nothing vague or wishy-washy in the slightest. While he was not at all hesitant to admit he was not impressed with the Supreme Court’s ruling that gay marriage is henceforth legal in all 50 states in America, an opinion which many will undoubtedly attack and call him intolerant for, he went on to say that it is none of the government’s business in the first place who people do and do not marry. Published on Sunday, June 28, the opinion editorial contained Paul’s statement that “While [he] disagree[s] with Supreme Court’s redefinition of marriage, [he] believe[s] that all Americans have the right to contract.” With this, Paul has opened up about gay marriage and his response was astounding. 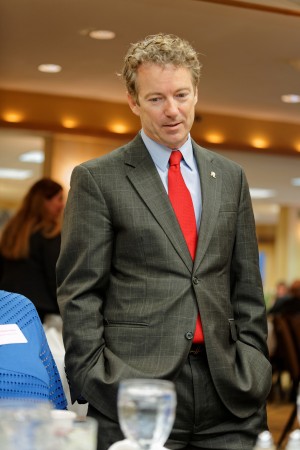 Paul went on to raise the issue as to whether or not the time has come discuss if it is a good idea for governmental recognition of marriage to be legitimate. He did not hold back on his scrutiny towards government itself, which he feels “did what it always has done” since its involvement in other people’s wedding vows; regulate it, tax it, and redefine the definition of it. He does not believe that the involvement of government in the marital institution has improved it whatsoever, an opinion he feels is “hard to argue.” Paul goes on to deliver a brutal blow to the federal government overall, stating that they “[do] very little right.”

Paul was asked for comment on the recent SCOTUS ruling last week, but he declined to give any until now. He has, however, expressed similar statements in the past. He has been, and still is, very adamant that the people should be “more careful” what they ask the government to do, and that they should take caution where they allow it to have any potential involvement in their life.

The Pennsylvania native has been, for quite some time, very outspoken regarding his opinions on what he calls the “Washington Machine.” Indeed, in the aforementioned TIME op-ed, he made it clear that he was hesitant to even have his guns registered in D.C. for fear of corruption taking place.

Rand Paul recently opened up about gay marriage and June 26’s SCOTUS ruling, and his response was nothing short of astounding. As usual, the senator managed to mix his own views with a sense of rationality and reasoning when it comes down to what is wrong or right regarding the government’s involvement in other people’s lives.

TIME – Rand Paul: Government Should Get Out of the Marriage Business Altogether